The Three Aspects of Sin in the Old Testament

When I was attending Fresno Pacific Biblical Seminary, my ethics professor and I had an interesting discussion. He wanted me to move my writing up a notch. I explained that it was not my style, but Mark was preparing me for further graduate work. I was working toward making the Scriptures and the Gospel easier for people to understand. Then this revelation came to me on two occasions. The first was in a Sunday school class where a friend of mine and I were talking and a truck driver in the group said he did not understand a word we said. Another was having coffee with a friend in his back yard and he said we have the same faith just that I knew more of the Bible. He was right. The Holy Spirit talked to both of us equally.

In the military, we were told to “KISS”—Keep It Simple Stupid. We need to do that in our ministry as well. Jacque Ellul in his book The Technological Bluff tells us that the more technical we make something, the less true it is. The truth is usually the simpler explanation. We try to bluff people with our words. To me the words “sin,” “iniquity,” and “transgressions” are a part of that bluff. The Hebrew in Psalm 32 to “sin” is to make a mistake. One’s “iniquity” is his feeling of guilt. Finally, his “transgression” is his rebellion.

So we learn that it is our sins/mistakes that we make known through our confession. It is our guilt and rebellion that is forgiven by the act of lifting it off of us. We can also confess our rebellion and admit our pain. We cannot cover our guilt, but God covers our actions when we confess.

Martin Luther taught in the Small Catechism that confession is “before God; one is to acknowledge the guilt for all sins, even those of which we are not aware, as we do in the Lord’s Prayer” (ELW Leader’s Desk Edition 889). Philipp Melanchthon wrote in the Apology for the Augsburg Confession that Absolution (confession and forgiveness) is the third Sacrament. In the revised version of the Augsburg confession which John Calvin signed, repentance is moved before confession. It is apparent that confession and forgiveness were very important to the Reformers.

When I talk about sin from the pulpit, or when helping someone understand how to end their pain, I tell them that when we make mistakes and do not face up to our actions we develop guilt. As our guilt builds, we then have rebellion in our lives. To heal we need to admit our mistakes and recognize our rebellion. After a while, we learn to not make the same mistakes in our lives. As Marten Luther wrote in the Small Catechism on the Lord’s Prayer, “und vergib uns unsere Schuld, wie auch wir vergeben unsern Schuldigern” (www.bookofconcord.org). We ask that our guilt/debt (Schuld) be forgiven and are reminded that we need to forgive the guilt/debt (Schuldigern) of others. A topic for another day.

Let’s keep it simple—what good is ministry if it is not understood? 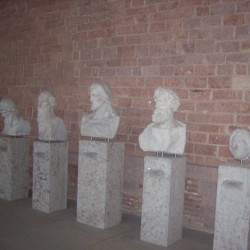