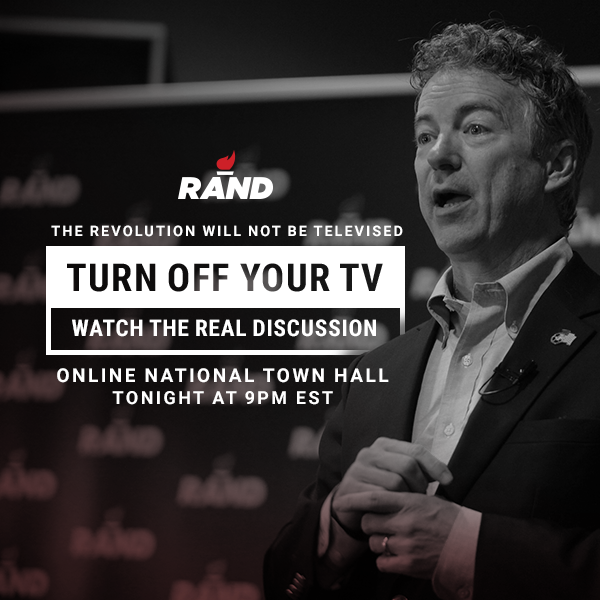 After being relegated to what’s now being called the “undercard” debate due to polling averages, presidential hopeful Rand Paul made a gutsy move during last night’s debate.

He simply didn’t show up.

Instead, Kentucky Senator Rand Paul took to Periscope and other online video mediums to address the American people in a town hall style Q & A. While the other presidential candidates were once again establishing their platforms in front of the Fox Business Network, Senator Paul was appealing directly to the people.

But did it pay off?

Leaving his podium empty was a gutsy move. The Fox GOP Business Debate was the first of 2016 and it serves as one of the last debates heading into the start of the all  important primaries in places like Iowa and New Hampshire. The Fox Business debate reached an estimated 4.5 million viewers. What could Rand Paul’s “One Night Stand” really accomplish? Well, as news began to swirl that Rand would boycott the “kiddie table” debate, his media presence exploded. Dylan Byars for CNN writes,

Byars estimates that while the fox debate may have reached 4.5 million viewers, in the 48 hours leading up to the debate, Rand Paul reached an estimated 7 million viewers with appearances on the Dr. Oz show, Comedy Central’s The Daily Show, along with interviews from CNN, MSNBC, and Fox about his decision to boycott the debate.

The Rand Paul campaign encouraged viewers to “turn off their tv’s” and turn on their computers. Using hashtag #RandRally, Paul became one of the first and only candidates to trend on twitter during Thursday’s debate. Further, the Washington Examiner notes in a post titled Rand Paul Dominates Social Media During GOP Debate notes that,

“According to data collected by the digital firm Engagement Labs and shared with the Washington Examiner, Paul gained the second-greatest number of new followers on Twitter during the 2.5-hour debate and was mentioned the second-most often.” –Gabby Morrongiello

Bested only by campaign front runner Donald Trump, Rand Paul took social media by storm without even appearing on the debate stage.

However, if Rand Paul’s followers didn’t heed his advice, and decided to watch the debate anyway, they would have heard the sound of liberty crying out even there. As the debate neared a close, host Neil Cavuto turned to Ohio Governor John Kasich for a question and was interrupted as audience members called out, “We Want Rand, We Want Rand.”

It’s an ironic twist for anyone who has followed the presidential campaign runs of both Rand Paul and his father Ron Paul. The mass media, and Fox News specifically, has had a strange proclivity toward frivolously skipping over the Paul campaigns. It seems only fitting that Rand Paul should return the favor in this manner.

Conclusion – Did Rand’s Gamble Pay Off?

I think the immediate answer to this question is a resounding, “Yes.” Senator Paul has clocked some of the shortest air time performances in the past five debates. In a two hour debate he’s likely to get 10-15 minutes of talking time tops. It’s likely that in the under-card debate, with only four candidates, he would have had plenty of airtime to get his views out. Still, the reach of that event would have paled in comparison to the reach he has had in the last 48-72 hours.

Long term, we’ll have to wait and see. Senator Paul is banking much of his campaigns success on the unreliability of polling and on the emergence of young voters getting out to vote… for him. Whether his plan will translate into actual votes is something we can only wait to see. As I have said for some time now, the real intrigue in the 2016 GOP Primary race will begin once the winner of the Iowa Caucuses has been declared. If that person is Senator Rand Paul, many will look back to Thursday, January 14, 2016 as the night Rand Paul took the media’s perceived influence, and in true libertarian form, handed it right back to the people of the United States of America.