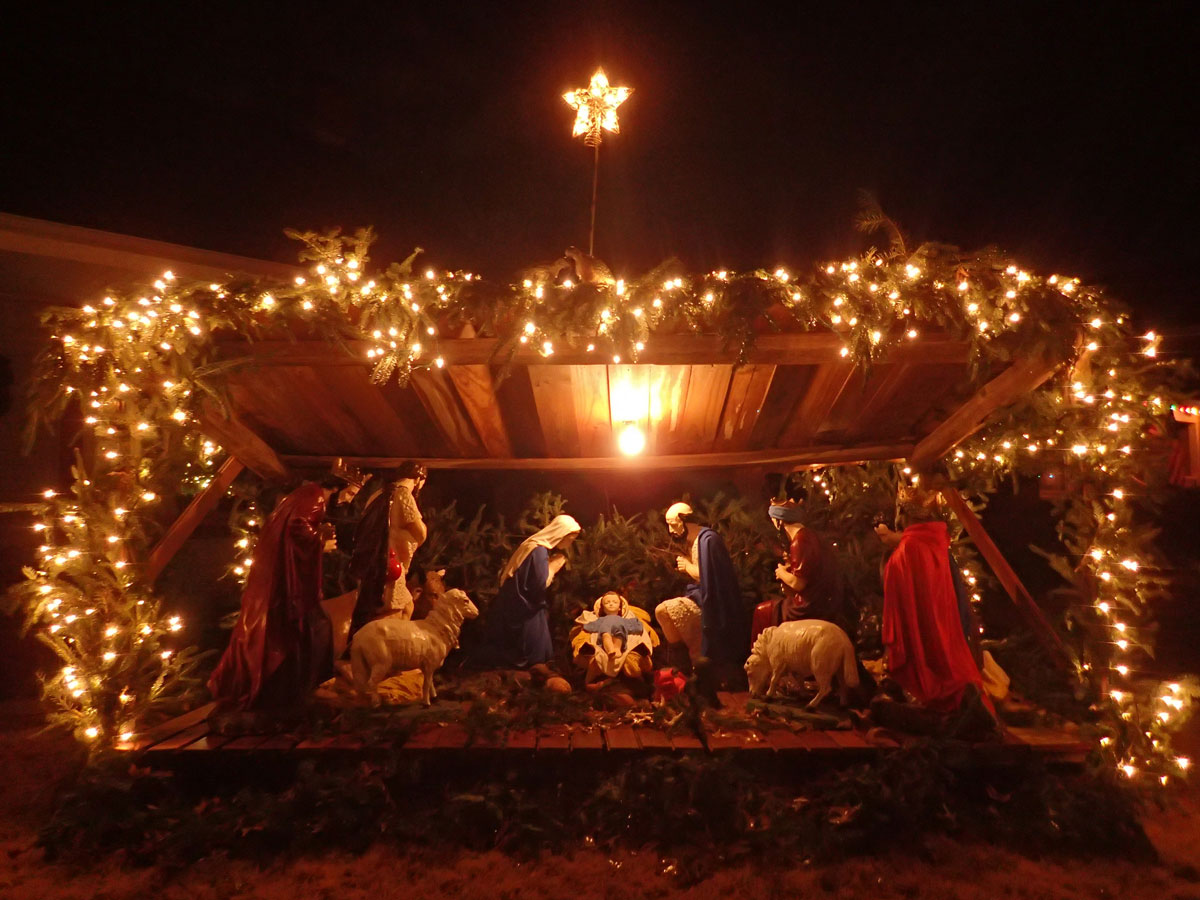 I want to thank everyone for their patience as I got back online, and especially everyone who reached out to encourage me in the last month or so. As I mentioned a couple weeks ago, damage to my computer kept me “off the air” and I was forced to put everything for the podcast on hold.

Let’s start off by looking at the larger context of the passage for today. Everyone has heard John 3:16, even a large number of my non-Christian friends probably have at least a rough idea about what it says, even if they don’t have it involuntarily memorized. But I want to take a few minutes to dive deep into the passage from what I would say is probably my favorite book of the Bible:

Now there was a man of the Pharisees named Nicodemus, a ruler of the Jews. This man came to Jesus by night and said to him, “Rabbi, we know that you are a teacher come from God, for no one can do these signs that you do unless God is with him.” Jesus answered him, “Truly, truly, I say to you, unless one is born again he cannot see the kingdom of God.”Nicodemus said to him, “How can a man be born when he is old? Can he enter a second time into his mother’s womb and be born?” Jesus answered, “Truly, truly, I say to you, unless one is born of water and the Spirit, he cannot enter the kingdom of God. That which is born of the flesh is flesh, and that which is born of the Spirit is spirit. Do not marvel that I said to you, ‘You must be born again.’ The wind blows where it wishes, and you hear its sound, but you do not know where it comes from or where it goes. So it is with everyone who is born of the Spirit.”

Nicodemus said to him, “How can these things be?” Jesus answered him, “Are you the teacher of Israel and yet you do not understand these things? Truly, truly, I say to you, we speak of what we know, and bear witness to what we have seen, but you do not receive our testimony. If I have told you earthly things and you do not believe, how can you believe if I tell you heavenly things? No one has ascended into heaven except he who descended from heaven, the Son of Man. And as Moses lifted up the serpent in the wilderness, so must the Son of Man be lifted up, that whoever believes in him may have eternal life.

“For God so loved the world, that he gave his only Son, that whoever believes in him should not perish but have eternal life. For God did not send his Son into the world to condemn the world, but in order that the world might be saved through him. Whoever believes in him is not condemned, but whoever does not believe is condemned already, because he has not believed in the name of the only Son of God. And this is the judgment: the light has come into the world, and people loved the darkness rather than the light because their works were evil. For everyone who does wicked things hates the light and does not come to the light, lest his works should be exposed. But whoever does what is true comes to the light, so that it may be clearly seen that his works have been carried out in God.”-John 3:1-21

Jesus unveils the truth to Nicodemus: life is not gained from God by adhering to the law. Entering the kingdom of God, being adopted as a child of God, and following after Christ, is something that happens through renewed life. Our life is not renewed by our own doing, but it is renewed by the grace and gift of God. The Spirit moves as God wills and brings life to spiritually dead rebels by God’s grace, not man’s will. Moreover, that life is gained by looking upon the Savior, Jesus Christ, made a curse for us. Jesus refers to Numbers 21, when God punished the rebellious Israelites in the wilderness by sending serpents to bite them. The only way to survive was to look upon an image of a serpent, made of bronze, which Moses held up before them on a staff. Those who looked at the serpent would live, those who would not, died.

This was not to call them to worship snakes, but rather it was a shadow of the work of the Messiah: Jesus took on the curse of death, willingly choosing the most humiliating and painful death one could imagine. And those who look upon his curse, find covering for their sins in his death, and hope in his resurrection.

So now the verse itself: I love Spurgeon’s preaching here, but I would have to disagree with him on his emphasis on the word “so.” The phrase “God so loved the world” is not an expression of degree or amount, but rather an expression of method: “God loved the world in this way: by sending his Son.” Yet it does not detract from the degree of God’s love by pointing this out. This is something I want to really focus on.  This time of year, as so many gear up to celebrate Christmas, we in the US get a lot of people arguing about “keeping Christ in Christmas” and such things. But even with that, we tend to really miss the point in such debates. The point is not simply about “baby Jesus was born in Bethlehem and laid in a manger, and, gee, aren’t babies cute,” although for a lot of people that’s about as far as it goes.

The Son, the perfect second Person of the Trinity, came down not simply as a glowing unstoppable Judge who could rightfully set all things right, cast the entire human race into hell, and restore creation to perfection, but, as Paul puts it in the passage from Philippians 2 called the carmen Christi,

Have this mind among yourselves, which is yours in Christ Jesus, who, though he was in the form of God, did not count equality with God a thing to be grasped, but emptied himself, by taking the form of a servant, being born in the likeness of men. And being found in human form, he humbled himself by becoming obedient to the point of death, even death on a cross. Therefore God has highly exalted him and bestowed on him the name that is above every name, so that at the name of Jesus every knee should bow, in heaven and on earth and under the earth, and every tongue confess that Jesus Christ is Lord, to the glory of God the Father.-Philippians 2:5-11

In John 3, and most especially in that well-known verse 16, Jesus talks about what it is we are truly celebrating when we commemorate Christmas: it isn’t about presents, it isn’t about how sad it was that Mary and Joseph were in a stable, or any of the other distractions that are ever present during the holidays. He is talking about the miracle of the incarnation, and its great purpose: salvation for those who believe. “Whoever believes,” the original phrase is πᾶς ὁ πιστεύων, “all those believing.”  That is the way one identifies the people of God: belief in Christ, in his person and work. And Jesus specifies further, those who do not believe are already under condemnation, but belief is rescue from condemnation.

The book of John goes on to discuss all of this much further, and I hope, over the course of time that I’m given to do this podcast, that I can walk through all of it. But for now I will simply have to say that this passage produces worship in me, because it is a powerful testimony to the truth that God will save his people and has paid for our sins completely through the work of Jesus. When we think of the coming Christmas celebration and hear people tell the Christmas story, don’t think “Oh, it’s so magical, it’s such a pretty night with such a nice star and a little baby is being born.” Think instead, “This is the coming of God to be with his people, to demonstrate love in a way we could never have shown or understood apart from Christ, and to save us!” Hear this truth, my friends. Believers, draw strength from this and know that God is moving to complete the work begun here. Unbelievers, hear these words and repent, turn to know and love the One who made you and calls you by name. In Christ is peace, rest, and love; apart from him is only condemnation and death. Embrace the peace of Christ and celebrate this Advent season the most powerful and loving deed we could ever know: the coming of the Son of God.

Music: Praise to the Lord, the Almighty by Dust Company
Listen and download at iTunes – Amazon