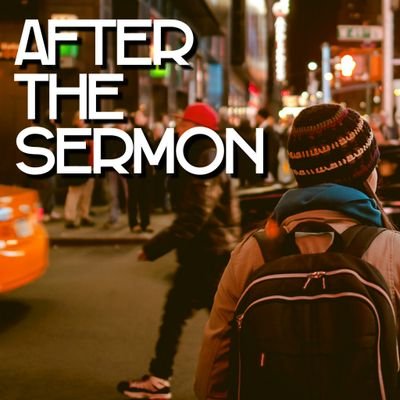 Next, we take a look at some great upcoming segments on After the Sermon as well as some other podcasts I’m honored to be a part of. We look ahead to my Ask A Millennial Christian Podcast’s interview with Owen Paun on Millennials and the workforce. We also look ahead to three #Uncredible guests that will be coming on in the next three episodes to discuss missions, masculinity, and marriage. Finally, we preview a guest, Dr. John Snyder, that Scott McCausey and I will be hosting in about a week’s time on the Theology Mixer Radio show to discuss the upcoming re-release of his book These Sheep Bite: A Fearless Guide to Church Leadership.

Next I announce the political news of Gary Johnson being nominated for the Libertarian Party Presidential Nomination. Also, Donald Trump has now secured enough delegates to lock in the Republican nomination. With the field narrowing, we begin a segment ranking the candidates on particular issues. In this episode, we compare Darrell Castle, Donald Trump, Gary Johnson, and Hillary Clinton on the issue of abortion and rank them according to official statements they have made or which can be found on their websites.

Finally, in our main topic, we continue a conversation that was brought up in Episode 38 of the Tech Reformation Podcast about online baptism. What exactly makes an online baptism wrong if a video connection is used and if a person under the oversight of the pastor performs the baptistm? Also, what was baptism like in the book of Acts? Lastly, what qualifies a baptism as being “online?” All that and more on this EP of After the Sermon.