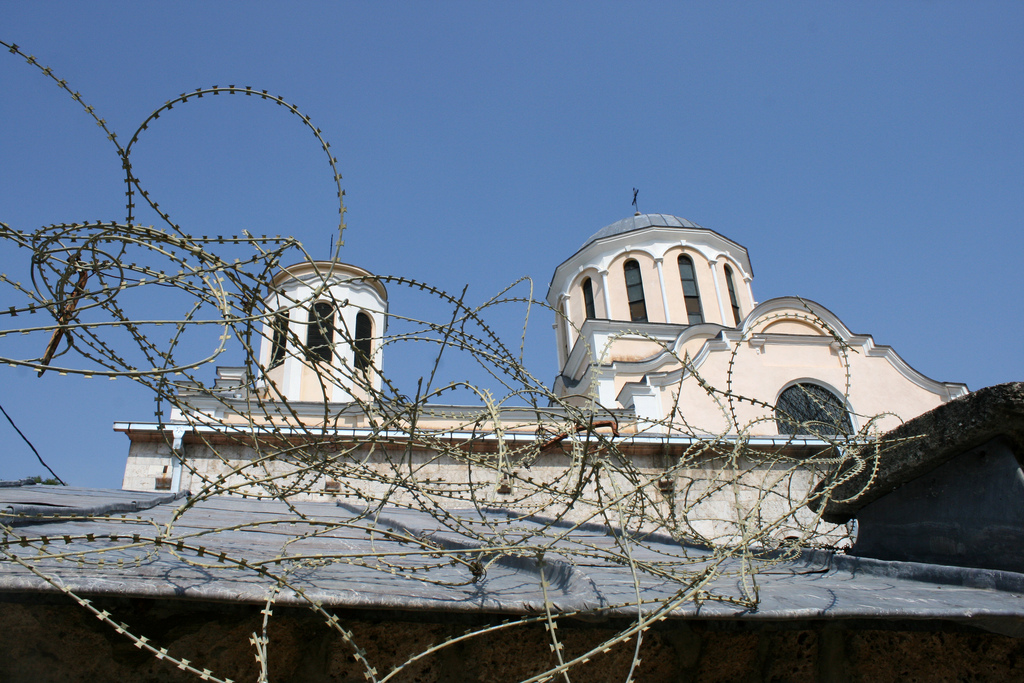 Contending for the Faith: Attacks from within the Church

“Contend for the faith that was once for all entrusted to the saints” (Jude 3) is the apostle Paul’s advice. Throughout his career, he spent time contending for the faith by fighting not only for the truth and intellectual credentials of Christian doctrine, but for his standing as an apostle and messenger of the Gospel. He had to do as much for his authority to assert the truth and carry out discipline in the church as he did for communicating the Christian message. Paul knew that the Gospel and its success in the world would depend upon the authority behind it and on its prudent application to real human need.

We’re aware of the fierce persecution now aimed at Christians worldwide. An abundance of alternate news services as well as the Internet now make ignorance of such persecution inexcusable. We recognize this aggression for what it is: terrorism by extremist religious groups in Asia, Africa, China, the Middle East, and other places.

Contending for the Faith

In spite of growing anti-Christian sentiment in the culture today, few of us will be similarly persecuted or even arrested for our faith. We’re not likely to face torture or long-term imprisonment for being Christians as other believers do in countries hostile to the faith. However, the probability is very high of encountering the kind of persecution that has taken shape more recently—the one from the pews, the pulpits, the committee rooms, and the denominational offices. Guy Greenfield (The Wounded Minister: Healing from and Preventing Personal Attacks), now a consultant but once a victim himself of clergy abuse, states:

The enemy has infiltrated the ranks of the church. These are laypersons who have serious mental or emotional problems and who feel an inner hostility toward clergy persons… These clergy abusers have one major objective in their role in the church—to abuse or hurt ministers to the degree that they will leave the ministry.

Clergy abuse expert Kenneth Haugk (Antagonists in the Church: How to Identify and Deal With Destructive Conflict) remarks:

Antagonists are individuals who on the basis of non-substantive evidence, go out of their way to make insatiable demands, usually attacking the person or performance of others. These attacks are selfish in nature, tearing down rather than building up, and are frequently directed against those in a leadership capacity.

The church has been under attack from its very inception. This is nothing new. There has never been any shortage of such antagonists on the outside. Typically, this calls for defending the character of God, the reliability of the Bible, or the historicity of the resurrection before atheists and skeptics. The church still needs to sharpen its defense for these purposes, but it also needs to recognize the urgency to defend the church from those on the inside who are trying to demolish it.

Attack on the Life of the Church

This attack on our leaders is just as much an effort to destroy the faith as any other more recognizable form and is biting into the church with far more devastating effect. It’s time to see this phenomenon for what it is: an attack on the life of the church itself. This strike, as virulent and deadly as any that has ever come to the gates of the church, is currently shredding congregations, harming its leaders and many honest worshippers. Unfortunately, it’s often quickly covered over with not much more than band-aids or quick-fix solutions. We need to change our thinking.

We need to listen to Jesus’ command to take care of his church. If we don’t, the church will fade from view, lose its right to be heard in society, or disappear altogether. We contend for the faith, not because it’s about us, but about our call to preserve the integrity of the Gospel message and the bride of Christ.

A Call to be Courageous

We’re called to use the same courage that earlier generations used when people tried to destroy the faith. If they hadn’t, Christian faith would look much different today. Trying to deal with the church’s adversaries doesn’t necessarily require experts or professionals. For the most part, it just needs the help of godly members who are willing to become unpopular, or even attacked, for trying to defend and preserve the faith—even if it means opposing their family and friends. These people desire to see truth win out over lies, half-truths, disinformation, and slander.

Often, honest church members step away and turn the problem over to professionals who may be operating under naturalistic principles and a secular world view, or have no knowledge of the personalities involved. If they misunderstand the nature of this assault they could wrongly assess its potential for destruction in the life of the church and typically take ineffectual actions in trying to remedy it.

Damage to our leaders is at the same time damage to those who come through the doors of our churches. To turn the current situation around, we have the obligation to apply discipline in the church, as inconvenient or uncomfortable as it may be.

What’s your story or experience? What did you do?

Excerpt from These Sheep Bite: A Fearless Guide to Church Leadership.