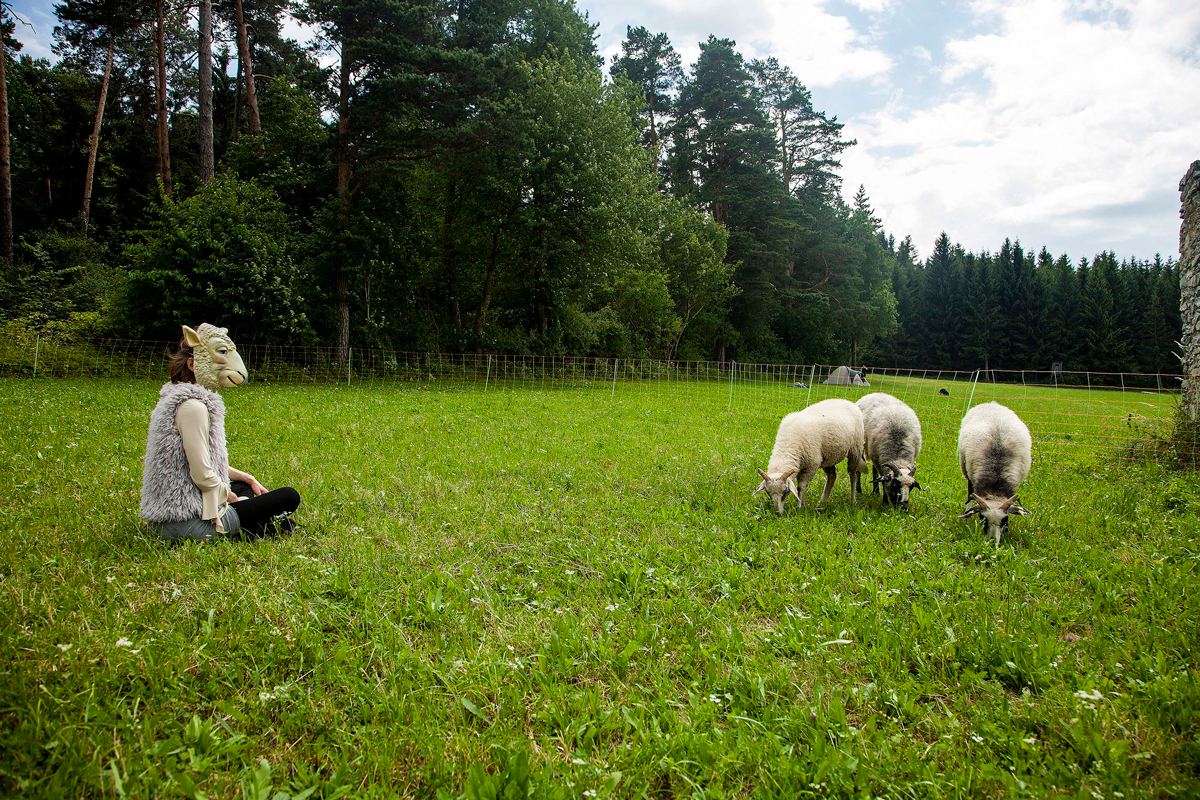 These Sheep Bite: A Fearless Guide to Church Leadership 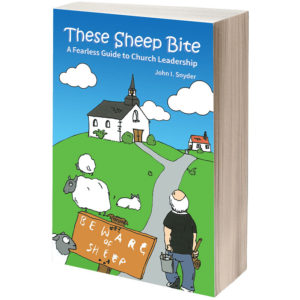 I know real sheep aren’t equipped to bite the way other animals can. A large part of my point lies in this very fact. If something walks like a wolf, howls like a wolf, and bites like a wolf, maybe we ought not to continue thinking it’s a sheep!

While speaking at a pastors’ conference some years ago, it was customary on the first day to go around the room and “log in” before anything else was done. This was a time when every pastor was given an opportunity to update the group on the challenges they had faced since their last meeting. All but three of the forty pastors present that day broke down in tears while relating their church experiences. Completely unprepared for this, I began to wonder what could possibly be going on in our congregations to produce such deep anguish among our leaders.

Since then, I’ve found out a lot more.

The Casualties of War

Somewhere a pastor is being forced out of his church right now—it could even be you! In States with a high density of churches, 63% of pastors know of a colleague who has been the target of serious abuse, and 25% admit to being victims of serious abuse. 41% of churches that fired their pastors have done it to at least two prior pastors.

Since 1996, the numbers haven’t stopped growing. One major denomination reported that 2,500 of its clergy had already been driven out of their churches that year alone. It is estimated that 1,500 pastors leave their assignments every month in the United States because of conflict, burnout, or moral failure. Many denominational leaders who travel frequently call this attack on pastors “pandemic.”

I first thought this problem was indigenous to the United States. However, while in Europe, I met with pastors, missionaries, and leaders from over thirty different countries and denominations and heard similar stories.

In the past few years, the shocking number of websites that have sprung up to deal with this issue bears out the enormity of this epidemic. If you search “pastors leaving churches,” “pastor burn-out,” or “pastors under attack,” you’ll be amazed at the number of sites from different parts of the world.

Pastors are encountering a thinning of their souls. High stress levels often produce feelings of bleakness, powerlessness, cynicism, resentment, stagnation, and disappointment. Ministry activities they once enjoyed now produce boredom and drudgery. As a result, it is easy for pastors to be annoyed and irritated with those they work alongside. Physical symptoms may include headaches, digestive problems, high blood pressure, teeth grinding, and fatigue. Ironically…the burnt-out pastor appears successful on the outside while their internal spirit is depleting.1

In 1993, H. B. London Jr. and Neil Wiseman wrote a book entitled Pastors At Risk.2 In 2003, they reedited their work and called it Pastors At Greater Risk. They discovered that in just ten years our leaders are now in more peril than ever. Here are some of their findings:

A full one fourth of pastors admit to being forced out or fired from their churches. The greatest impact of a pastor on his church is between his fifth and fourteenth years, but unfortunately, the average pastor lasts only five years in one church.4 45.5% of pastors have experienced depression or burnout to the extent that they needed to take a leave of absence, and 70% say that they have a lower self-esteem now than when they started their ministry.5

Pastors are working harder in a world that’s more corrupt. They wonder why their parishioners expect them to squander energy on trivial matters when evil threatens to wreck the human race. Fatigue shows in the eyes of pastors. Worry slows their stride. Vagueness dulls their preaching. This struggle takes a terrible toll, as pastors wrestle with crammed calendars, hectic homes, splintered dreams, starved intimacy and shriveled purpose. Some quit in utter hopelessness. Others lapse into passivity. And many of the rest just hold on by their fingernails.6

Pollster George Barna says that we are losing one percent of our churches in America every year. As shepherds leave, sheep leave. 50% of the pastors who enter the ministry will be out of the ministry within five years. One of the more disturbing facts is that 70% of our pastors today don’t have a single close friend.

Whereas clergy used to generate the best mental health and longevity statistics of any other profession, this is no longer the case. Cardiovascular disorders, cancer, arthritis, gastrointestinal disorders, respiratory problems, and the like, at one time rare among clergy, are now common. In one twenty-six-year study, pastors moved from the near-zero column closer to the cultural average in five different areas: burnout and exhaustion, divorce, chemical dependence, mental disorder, and moral malfeasance.7

In addition, how much more “collateral damage” is done to their wives, children, friends, other leaders, disillusioned youth lost to the church, and so forth? The statistics for the entire picture aren’t even in.

“Collateral damage” is a military term that designates the damage done to areas and people near to a military target that has been hit with explosive weapons. It also illuminates a painful phenomenon in organized religion. Spouses, family members, and close associates of a deeply distressed and abused pastor often suffer such collateral damage. It is not uncommon for them to be irreparably damaged, because they typically do not have even the minimal support and protection afforded to pastors who are stressed or under attack.*8

To be sure, there are many reasons why churches are closing down each year and ordained ministers are finding new lines of work. But a primary reason is the sustained abuse that leaders and their families endure without other compensations. They work for a lifetime and are frequently unable to retire with an adequate income. They receive all the negatives of the corporate executive, but few of the benefits. Their reward is in heaven, but their earthly rewards are few. For their efforts they often are tricked, slandered, abused, manipulated, pushed aside, and pushed out.

Many young people are attracted to the Gospel and to the Christian ministry today, but the attractions to the pastorate and the local church are fading quickly. We are leaving much of the church to a host of career seekers who have no regard for what a “call of God” is, and who want merely to carry out their personal, political, or social agendas within the confines of the church. Many will survive in the traditional structure because they come as politicians rather than prophets and will take no stand that could threaten their professional status or advancement. Aren’t we seeking this already?

What has been your (or your colleague’s) experience?