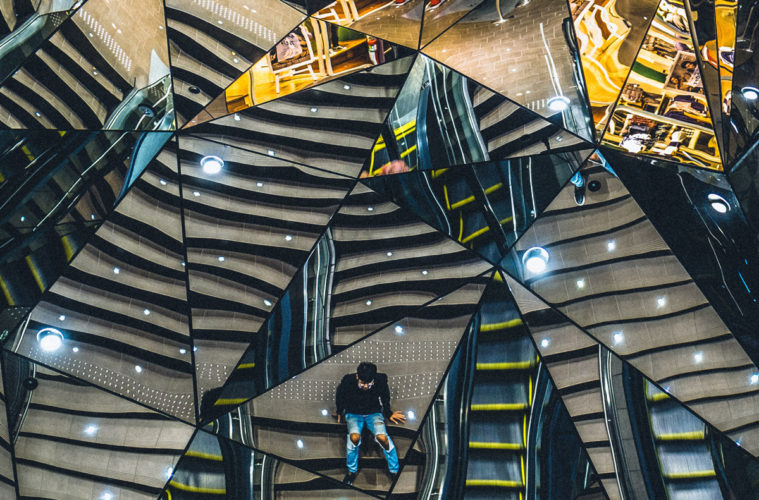 Grace and Personal Responsibility (A Study in Romans)

A typical response from those using unhealthy substances—legally or illegally—is, “It’s my body. I’m not hurting anyone but me.”

Paul now moves to practical application. Recalling how monumental the sacrifice of Christ was, and how painful it was for Jesus to endure the cross and for God to allow him to, Paul concludes that it stands to reason that this places some type of responsibility on believers. If our bodies are temples of God’s Spirit, then it matters how we treat them. If our bodies belong to God, we must place them at his disposal.

Our sacrifice is different from Old Testament sacrifices. Under the Old Testament economy, individuals brought animal sacrifices to the priest who offered them on their behalf. The animal was to be without known defect, and the blood of the sacrifice provided a covering for the sins of the person and in some cases the entire nation.

But as the writer of Hebrews relates, this blood could not actually take away sin (10:4). The sacrifices did, however, foreshadow what the coming Messiah would do. Even during the time when sacrifices were required, God made it evident that obedience from the heart was more important. The prophet Samuel maintained obedience was better than sacrifices (1 Samuel 15:22).

Now that Christ has sacrificed himself on the cross, we no longer bring the animal sacrifices but rather ourselves. We are to give our bodies to God as living and holy sacrifices. Old Testament animals died when sacrificed, but we are living offerings to a gracious and saving God. Nor do we offer ourselves only once to God but continually.

The example of Lazarus is pertinent. The religious leaders wanted to kill him because he was a living testimony of the resurrection power of Jesus. Because of him, many were abandoning them and following Jesus. Our lifestyle should have a similar effect on others. For this to happen, the second word—holy—must characterize our lifestyle. Our testimony of what God has done in our life will mean little if anything if our actions, words, and attitudes don’t match the teachings of Christ.

Even unbelievers have an idea of how Christians should act. When our message and manner of living don’t match up, it is evident to them, and our testimony is marred.  God’s people in the Old Testament were often rebuked by prophets and accused of bringing shame on God’s name because of their disobedient and ungodly lifestyles. So it does matter what we do with our bodies. We bring harm to ourselves, others, and God’s cause when we live in ungodly ways. Believers should never conclude “What I’m doing is not hurting anyone but me.”

The sacrifice we offer is not done out of drudgery. It is with joy and appreciation that we put God’s desires above our own and put our energy into following his plan. Had animals been able to foresee and feel what was about to happen to them, they would not have been excited, but we should be ecstatic about our opportunities to serve God with our abilities.

Paul concludes his admonition with a logical question based on what he has already taught: “Is this too much to ask when you think of all God has done for you?” The anticipated answer is “No!” Knowing where we were headed and realizing how God has intervened should make giving sacrificially to him natural.

God Gives Believers the Method to Use in the Sacrifice

The method is avoiding the behavior and customs of the world. True to predominant biblical usage, world is not the created order but the system opposed to God’s teachings. It attracts to it people who are opposed to his teachings or who simply choose not to follow them. When something is proposed by individuals, communities, political figures, or a government that is opposed to God’s teachings, it represents the world’s philosophy and is off-limits to believers.

Not all parts of the world’s system oppose God’s commands. Stealing is an example. It’s a crime to steal, so obeying the world’s command not to steal doesn’t put us at odds with God’s system. It is only when the system conflicts with God’s that we have to take a different direction.

Paul will later discuss the believer’s responsibility of obeying the government as long as it doesn’t require they act in ways that are disobedient to God. God’s purpose for government is to reward good and punish evil, and as long as it fulfills those functions we have the obligation to obey.

Every person must decide how much worldly behavior is off-limits. Some things are not necessarily wrong but may be questionable and unwise. We have to consider our testimony before others. Paul taught in another epistle that while eating meat sacrificed to idols was not wrong in itself, if it offended a fellow believer he would abstain (1 Corinthians 8:13).

A part of being a living sacrifice is allowing God to transform our minds. The Greek word means to be changed into another form. The believer’s transformation begins on the inside and results in outward changes. We’ve probably said to someone who is dressed up, “Boy you sure do clean up good.” Believers must do the same.

What we think is vitally important because what we think leads to emotions and then actions. No action is taken that is not thought about first, regardless of how spur of the moment it might seem. If we are to be living sacrifices holy before God, we must let God transform us by changing the way we think.

One translation says we do this by renewing our mind. Much of the renewing is accomplished by God’s Spirit as we read and meditate on his word since this reflects his standards, values, and requirements. The writer of Hebrews says the word pierces to our innermost being and discerns the thoughts and intents of our hearts so we can judge them in light of God’s standards (4:12).

By renewing our minds, we discover what God wants us to do as well as determine what is pleasing to him. In another epistle, Paul lists some things we should reflect on: things that are pure, lovely, admirable, true, honorable, right, excellent, and worthy of praise (Philippians 4:8). When we think about things in these categories, our minds will be renewed and we will know what God wants from us.

We might imagine taking Paul’s message about humanity’s sinfulness to heart would lead to a low view of ourselves, but the opposite is actually true. We may be sinful from birth, but we are declared righteous in Christ. We may be born with a sinful bent that results in sinful actions, but Christ makes us new creations with a new sense of direction.

It is vital that our minds be at peace for we have been made at peace with God. But some thoughts will destroy peace. Thoughts that are not part of a renewed mind and thoughts that we must take captive under Christ’s authority.

Of course, sinful thoughts fall into this category. Anytime we think about sinful actions, we set ourselves up to follow that thought with an action. Thinking about those things Paul listed in his epistle to the Philippians will help us avoid that scenario.

We should also avoid self-limiting thoughts. In Christ, we are more than conquerors (Romans 8:37), and we can do all things through Christ who strengthens us (Philippians 4:13). God will never call us to a task he does not empower us to carry out. The Bible is replete with stories of this truth. Realizing who we are in Christ and experiencing his daily love and care should drive self-limiting and defeating thoughts from our mind. The only limit is the one we place on ourselves or the one we realize when trying to do something God has not led us to do.

Erroneous thoughts will also destroy peace. We’ve already addressed how thinking thoughts about ourselves that are not biblical will destroy peace. Rebellious thoughts are similar to sinful thoughts. They involve intentions of wanting to go our own way instead of God’s. Obsessive thoughts can enslave us. Some messages that play in our mind have been instilled by parents, teachers, or significant others. Messages that have told us we’ll never amount to anything or that our power is limited.

Thoughts such as those mentioned above are not part of a renewed mind and will not clue us in to God’s plan and will for our life. When our minds are transformed, we begin to understand God’s mind. Then we can pray in God’s will because we will know his will.

There is nothing like a well-oiled machine. Take the car engine for example. Some know the intricate parts of it while others just know they are glad it starts and lets their car take them where they want to go. We tend to take it for granted. But a lot of things have to happen for it to function. The oil has to be changed regularly so it won’t get gummy. Pistons have to work correctly so the spark plugs will fire properly. Belts must be in good shape. The alternator has to charge properly so all the functions it controls will take place. If it fails, everything will run strictly off the battery and shortly you will find yourself walking. Radiators have to be filled with water and antifreeze to keep the engine cool. The compressor must be in working order for the cooling system to work.

The believer’s body is the temple of God’s Spirit, but collectively believers are the body of Christ on earth doing the work he left us to do. Only as we understand how God has gifted us and use those gifts to take advantage of opportunities in his Kingdom work can the church universal be effective.

Photo by Erik Eastman on Unsplash