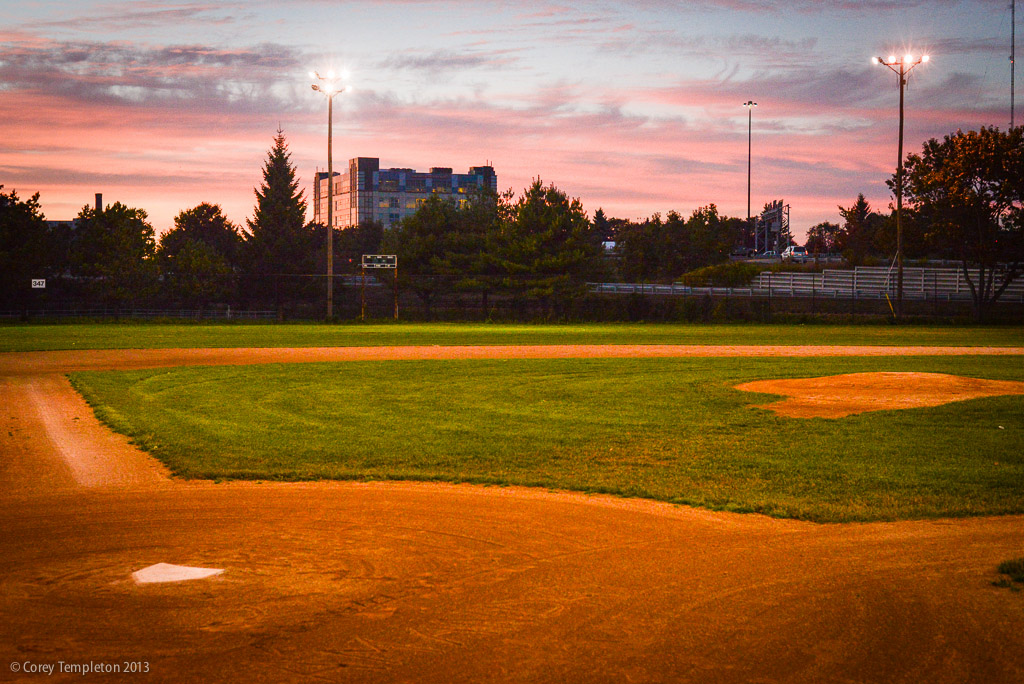 Every Blade of Grass: Top of the Second

This post is the fifth in a nine-part series from Joshua Murray on his reflections on baseball, on his grandfather, and on finding God in every blade of grass. For Part Four, click here.

The Giants won the World Series that year.

I wore a Giants cap, kept the brim straight too. But I kept all celebrations sparse and to myself because I didn’t feel right to celebrate the win of a team I have no history with. A team I just learned existed a few weeks earlier.

My grandfather was living with us at the time and me and him were always closer than he was with any other grandchild because we would go to Bible studies together and we’d talk about sermons and Bible stories. During that time my grandmother was very sick so I was spending a lot of time with Poppy. He was married for over 60 years to one woman and now he was losing her. I wanted to find a balance of talking to him if he needed, but also finding a topic that we could talk about that wouldn’t limit his identity to “the man with the dying wife.” I knew nothing I said could take his mind off of what he was going through; nothing could make him forget it. But the doctors were talking about it, family was talking about it. His church was. And so I would talk to him about himself. And we would talk baseball.

One of the first things he told me of was the Shot Heard Around the World—a story I didn’t even know that I knew. We all do. Any kid that has ever held a wiffle-ball bat in their hands and muttered to themselves ‘…bottom of the 9th, 2 outs, man on second…the pitcher winds up’ and then throws a tennis ball up in the air with one hand, grabs onto the bat and swings for the fences—they might not know it, but they are reliving that moment.

Bobby Thomson hit a walk-off home run to win the NLCS and send the then New York Giants to the World Series. Poppy told me of this because he went to high school with Bobby Thomson at Curtis High School in Staten Island. Poppy wasn’t much to spin a tall tale so he was very quick to point out that they weren’t “friends” but he knew him. And Poppy tried out for the baseball team next to him. Poppy didn’t make it because he was too short, and couldn’t hit. But as for Bobby Thomson, well…he made history.

I connected my computer to the main television in the house and showed Poppy the video of the Shot Heard Around the World. He had a childlike grin on his face as the announcer was screaming, “And the Giants win the Pennant and the Giants win the Pennant!” and we talked about it more. The same stories over and over again. The magic of Baseball was showing its face more and more.

My Grandmother died the last day of November.

My mom told me while I was at work and told me there was no need to rush home because there was a lot to do that I couldn’t help with anyway.

When I got home I saw my Poppy sitting at the counter by the kitchen with his back to the door. He heard me come in but I could tell he didn’t want to turn around. He was in shock, he was sad. He didn’t want to get emotional.

As I walk in I see my Poppy holding up a large bright red book over his head, still not turning around. And in old writing on the cover I see Curtis High School ‘42. A relief to me because I wasn’t sure what to say to him. Do I try to lighten the mood? But then, like a voice from my own Field of Dreams, it was like God himself was saying, “Just talk baseball.”

My mom told me later that Poppy, after coming home from the hospital immediately after my grandmother died, became almost obsessive about finding that yearbook. The original plan was to find insurance information, medical stuff, her will etc. But all he cared about in that moment was that yearbook. To show me Bobby Thomson’s picture and his a few pages earlier. He didn’t want to deal with any more hospitals or death. There was a whirlwind of that to come later. He was going through drawers, boxes, to find this book. Ripping through things with such a furious passion that my mom knew to try and talk “sense” into him about getting the paper work together just wasn’t the thing to do. It was calming to him. It’s what he needed. There is this holiness that hangs over baseball and the stories and lore and legends of baseball. It hangs over it like a mist. Or clings to it the game like the dew on the grass. On every blade of grass.

Next on Every Blade of Grass: Bottom of the Second.