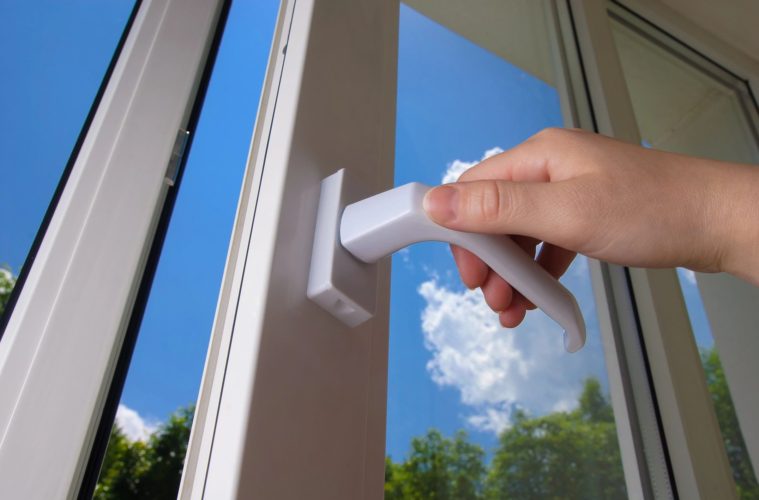 When God Closes a Door

It’s always funny to me how sometimes I can read Scripture when, all of a sudden, a detail I’ve read a hundred times takes on new significance. Over the last few years, I have had several events that led to drastic changes because, because no matter how hard I tried, it appeared that God had shut the door on whatever it was that I wanted. I don’t know about you, but sometimes in these moments I refuse to give up. I scramble and scrape and continue to knock on the door and not to start a new chapter.

I’m sure most of us have seen sayings like “When God shuts a door he opens a window,” or several other variations of this quote. While at face value what this always just said to me was, “Sometimes God makes us move on and changes our direction and we need to follow his lead,” it has now begun to carry a deeper meaning for me. What if we stopped and realized that essentially God is setting a boundary for us? In therapy, we often talk about how boundaries keep us safe and allow us to be healthy. So what are some ways that may God set boundaries for us?

Well, it started on day one with Adam and Eve. He told them not to eat of the tree of good and evil. He set a boundary because he knew what was best for them. He wanted to keep them from having to know good and evil. Yet they crossed this boundary, and once they did, God essentially “shut the door” on the garden of Eden and the life they had prior to it. Their lives would never be the same, and neither are ours, as a result of that choice. God set many boundaries in Scripture and I believe he continues to do so today. Sometimes we know that he’s set a boundary, such as things written in Scripture, and at other times I believe we see it play out in our lives when things change suddenly and we have no choice but to change directions.

I remember reading and studying about Noah. A man of faith, Noah took ridicule in his stride and he spent most of his adult life building the ark that God commanded him to do. By today’s standards, when he finished the work God had called him to do, he was a very old man. In fact, Noah was 600 years old. Honestly, can you imagine that? I really can’t. That is a long time to do what God has called you to do. It also makes me wonder what physical obstacles (if any) Noah and even his sons endured in building and sustaining life on the ark. Or how many times Noah begged God to allow him to be done with this project—maybe even questioning what purpose it would truly serve and wondering if it truly would be worth it.

When it was finally time for Noah and his family to enter the ark, we read in Scripture that God was the one who shut the door. He saved Noah and his family from the flood. He placed a barrier between them and what was happening to everything else on earth. Think about that. God placed a physical barrier between Noah and the rest of the world. He intervened for Noah. Despite the fact that only Noah and his family were faithful to God and allowed to live, I imagine them getting upset knowing that the rest of the world was outside drowning. Maybe Noah felt like a failure? After all, nobody else was allowed to live. When we are called to do something, we often measure our success based on the world’s view of that success. How many people did we impact? Did we feel we did everything we could? Did we try every means possible to make things successful? Do other people look at what we’ve done and think we’ve been successful?

Our family recently took a trip to see the full-sized replica of the ark. It is stunning and in my view mind-blowing. It’s mind-blowing that God enabled Noah and his sons to build this. It’s amazing to me that Noah completed this task and continued in his work even though he was likely made fun of by others. He may have questioned his own level of success based on the view of others. He may have had people tell him to just give up. In today’s world, he may have been known as the harmless eccentric who thought he had a mission from God—been laughed at and talked about in town. Yet, Noah continued on the path that was laid out for him to save him and his family from the flood.

So how do these examples relate to us today? How many of us have missions that God has sent us on that others don’t understand? How many times have we struggled when we are trying to figure out if God is telling us to move on or continue in the work he has placed us in? After all, sometimes our work seems unimportant, unrealistic, or just plain nuts to others. It may feel unfruitful by the world’s standards because it has not produced a huge success. If we know God has called us to it, we can often have a hard time letting go. So how do we know if God is the one who is closing the door on something?

First, I want to talk a little more about the concept of God closing the door. I mentioned that sometimes I reach a place of new understanding with Scripture and, interestingly enough, in reading the account of Noah I realized God himself shut the door. This completely boggled my mind. I always imagined that Noah and his son’s reeled in a bridge and they waited for the rains to come. But that’s simply not what Scripture says. In thinking on this, I think about myself and others I’ve talked to who focus on things that God is closing the door on. This could be friendships, marriage, rebellious loved ones, or even the end of our mission. We may replay over and over the events and want to stay and fix things we have no ability to fix. Yet God has determined it’s time to move on.

I hope this is something we can all relate to on some level. I imagine even Noah felt this way. As the rains fell, I know they must have heard people’s screams and may even have had people beg to get on the ark. But Noah had no control over things at that point. God had shut the door and was beginning to prepare to give the world second chance. I wonder if in those moments Noah could feel proud of what he accomplished in building the ark and saving his family or if he suffered from guilt about those he couldn’t save and bring with him.

I think so many times one of the reasons we don’t want to move on, despite God’s prompting, is because we feel like we have “unfinished business.” This is a term we use sometimes in therapy. It means that we have emotions and memories from the past that we have not let go of so we can begin to move on. Maybe we think we didn’t do enough. Maybe we recognize that we did things that contributed to others bad choices. Or maybe we simply feel we did not demonstrate our faith in fulfilling the mission God gave us. These can all hinder us in moving forward. These can all keep us from fulfilling any new work that God is calling us to. I hope that in beginning to think through this unfinished business, we realize God may be the One closing the door and opening a new one we can begin to move toward—what it is he wants for us.

Second, just as in the two cases listed above, if God is closing a door he has a reason and we need to begin to prepare for the next mission. In both cases above, God placed boundaries for their protection. By our worldly standards neither Adam or Noah was “successful”. They didn’t have wealth, popularity, change the lives of tons of people, or even have a wonderful career. I wonder if we begin to realize that it’s human nature not to want to move on, especially if we feel we weren’t successful. But “moving on” is God’s way of protecting us—if we could begin to make peace with it.

While Adam and Eve’s lives became harder when God kicked them out of the garden, he also provided a way for them to live with him in eternity one day. He placed a boundary between himself and them because of their sin, but he didn’t give up on them. They had to “change their mission” because they could no longer be in the garden. In the opposite situation, Noah was faithful and through that God placed a boundary between him and the rest of the world, but both of these men struggled with things throughout their missions in life.

In both of the cases I’ve mentioned, God is the one who closed and opened the doors for these people. Sometimes because of their obedience and sometimes because of their disobedience but he always made a way for them to continue moving forward and serving him. If a mission has come to an end and God has closed the door, consider that he may just be equipping you to take on a new mission and learn from the areas that weren’t successful in the last one.