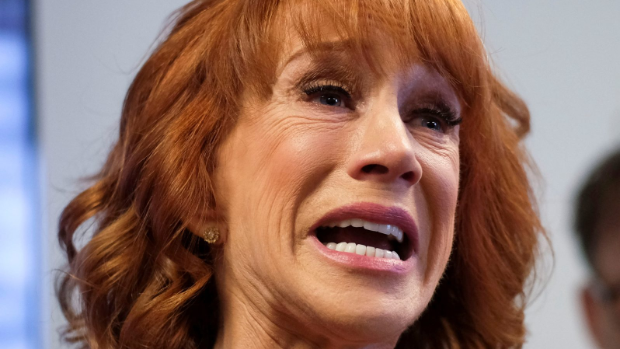 Should we forgive Kathy Griffin?

We need to relearn the fine art of disagreeing agreeably!

For anyone who’s been 100 miles away from cell phone coverage this week, the comedian did a photo shoot of her holding what appeared to be the bloody, severed head of President Trump. It’s reported the president’s young son Barron saw the image and was quite disturbed by it.

Response was swift, even from Trump’s opposition. CNN dropped her from their annual New Year’s Eve special, and five venues cancelled her upcoming performances. Sen. Al Franken dis-invited her from an event promoting his new book.

With all the hubbub, I was wondering what to expect from her press conference last Friday. It was a quite a mixed bag. On one hand she said she was sorry, but then turned quickly to play the victim.

“The president and his grown children and the first lady are personally trying to ruin my life forever,” she proclaimed.

No, Kathy. I’m afraid you did that all by yourself. But I do sincerely hope it’s not forever.

The answer to my initial question is “yes,” of course we should forgive Kathy Griffin. I have a selfish reason for saying that. I remember all the hurtful things I’ve said about others, just trying to be funny or clever.

I only hope no one uses her statements on Friday as a template for apologizing. What she did was the very definition of a “non-apology” apology.

You see, when I’m truly sorry for something I’ve done, my correct response is to say simply, “I was wrong, no excuses. Please forgive me.” But when I’m just sorry I got in trouble for my words, I accuse back.

I really feel for where Kathy is right now. It’s rough to find out we’ve caused others hurt—if we’re truly caring people. But it’s no apology to act like we’re the victim, when we’ve truly only been victimized by our own recklessness.

Sure, a few of my friends think what she’s done is acceptable because they don’t like Trump. Some are okay with hateful talk if it is in response to what they deem as hate.

But right now, the vitriol in our national dialogue is escalating to the point where we can no longer discuss our differences dispassionately. And we shouldn’t excuse a hateful image because it may be responding to someone else’s hateful words. Both are hateful, both are wrong.

I believe Kathy’s photo shoot proves we’re getting into dangerous territory. Today when someone says something we don’t like, we just talk louder or shout them down. They say something outrageous, so we respond with more outrage. We seem to think that the remedy for hate is more hate. Fight fire with fire, right?

But the apostle Paul warns us, “Do not be overcome by evil, but overcome evil with good” – Romans 12:21.

Jesus repeatedly refused to be drawn into the many political arguments of his day (Matt. 22:15-22), often to the frustration of his followers. He rejected their attempts to crown him King or proclaim him publicly as Messiah.

In fact, in a society much more oppressive to the poor and downtrodden than anything we witness today, He never encouraged his followers to resist the government at all. He seemed to consider politics an impotent non-issue.

So here’s a question, especially for some of my Christian friends who might be ready to destroy relationships and burn bridges over political differences:

If Jesus didn’t think political debate was the answer to the world’s problems, why do we?

Checking the Volume Level of Our Vitriol

Maybe this is a good reminder for all of us, conservatives and progressives, to take a step back and check the volume level of our vitriol. I believe there’s still time to respect each other, and to value kindness over making debate points at the expense of another’s dignity.

There’s still time to save those relationships with your Facebook friends whose posts so infuriate you. And what if we stopped posting so much about politics and actually did something positive to change the world? What kind of world would we have if we all stopped escalating and started forgiving and doing good?

We must relearn the fine art of disagreeing agreeably.

If not, soon it won’t matter who wins the argument. All we’ll have left from so many political battles is a scorched earth and fractured relationships.

What a lousy prize that would be to win.