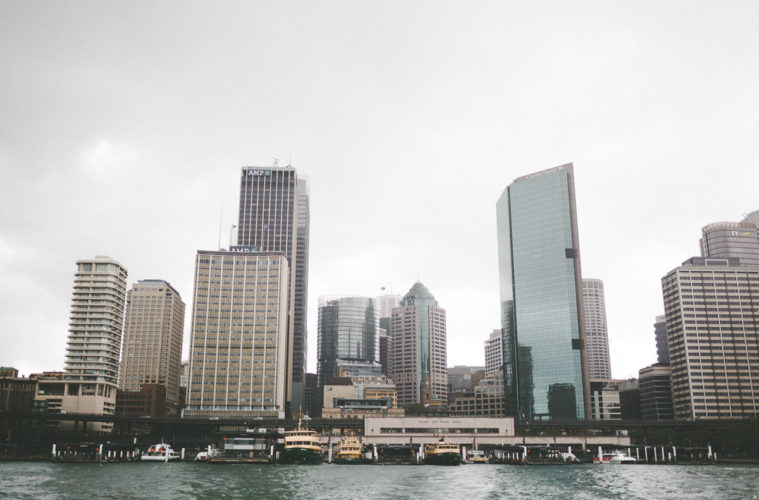 I was on larger church staffs for more than 20 years. One of my favorite jokes shared among staff members was this one:

“I love the ministry, it’s just the people I can’t stand.”

Although it was supposed to be ironic, it was probably truer of me once than I’d ever want to admit.

When I went away to college from my little hometown church, my musical skill caused me to be hired by what my parents termed “a big city church.” I was now playing for 2000+ every Sunday and touring around the country with their high-tech youth choir. We had a computerized slide show behind us, a full band with horns, and would write and arrange our own shows.

I was in heaven.

Not only had I never realized a church could be so artistically challenging to me as a musician and budding composer, I had never seen such money. The state-of-the-art buildings and equipment I now had access, along with the homes I was now invited to, were dizzying to this small town boy.

I decided I never wanted to go back to small time church, with its limited budgets and small thinking. God had given me talents, and I told myself those talents could only be nurtured in a big church environment.

So I decided I would do everything to stay in the big time.

For many years I did that, often successfully, sometimes not so much. I found that my talents did in fact open doors for me to places with much bigger budgets and larger crowds of people. My ego really liked that, but I managed to rationalize it all spiritually as just “good stewardship” that I should be at a big church.

But along the way, there were some negative byproducts of my ambition that I repeatedly tried to ignore. And it finally took God forcing me into a small church environment before I could get really about it.

I finally reached the big payoff when at age 42 I was now a member of a very elite group. I’d been included in a yearly meeting of the worship leaders from the largest churches in my denomination. This was a “by invitation only” conference of people I considered the best and brightest within my denomination. I would be privy to insider info, see all the innovative things they were doing, and be challenged to do great things myself.

I had just hit the networking bonanza in my chosen profession…er, um, I mean “ministry.”

What I discovered was that the biggest commodity in the room was not as much creativity, but pride. We all went around the room talking about how big our latest Christmas or Easter production was, and all the innovative technology we’d used to pull it off. But as each minister shared, I noticed something: most of them were doing the same things. Their productions were amazingly similar, and rarely innovative. They used most of the same music and ideas.

What they’d managed to do was instead of inspiring each other to do more creative things, they’d simply copied each other in a church game of “keeping up with the Jones.”

It’s a sad thing to work hard climbing the ladder of success, only to realize you’d spent your life climbing toward an empty attic filled with everyone else’s used junk. I started realizing that week that a lot of the goals I’d been reaching for were empty mirages fueled by my ambition, and not the Spirit of God. Somewhere along the way, I’d forgotten about impressing God and settled for impressing my peers. And now I didn’t feel like a “big deal.”

From my teenage years when I first sensed God drawing me, I felt my calling was to preach the Gospel. But since I had talents in music, everyone around me reasoned I should be in music ministry. I would preach, only I’d be using a song instead of a sermon. It seemed like a logical conclusion, especially since my music was immediately opening doors. Preaching would have been something I would have had to struggle to learn from scratch.

However, I continually felt I was missing something. In college, I was bored in the school of music and felt drawn to religion classes. As I served on church staffs, I kept looking at things from the senior pastor’s perspective, not just from my area. I’d get frustrated following my pastors, which I assumed was just an insubordinate, rebelliousness toward authority.

Finally, I went back to school and finished my M.Div. I quit my church worship leading job and planted a new church from scratch. It was the most exhilarating, terrifying thing I’ve ever done.

In the process, I lost so much. I lost financial security, health benefits, and the nice cushy church office I’d known. I lost the budget to accomplish all my creative ideas, and lost any reputation I had in my ministry field.

And I lost some friends as well.

For people in the ministry who knew me, I probably became a cautionary tale against not knowing your proper place. But in embracing smaller church ministry, I’ve rediscovered something quite precious: my calling.

Now, without the big office with a secretary to keep people away from me, I’ve found I’m pretty good at pastoring people through their problems. I’ve set up shop in a local coffee house, what I euphemistically refer to as my “Worldwide Ministry Office.” I meet hurting people there who connect with me through my blog and through articles I write in the newspaper.

Oh yeah, and I discovered I’m a pretty good writer. Our local paper publishes virtually anything I send them. With all my attention focused before on music, who knew I had other gifts?

And then there’s preaching, my new passion. All my creativity has now found it’s most perfect outlet in my weekly sermons. Don’t misunderstand: I’m not saying I’m the next Billy Graham. But I get more sheer joy out of preaching than I ever did music. It feels like after years of wandering, I’ve finally come home to what I was supposed to do all along.

Sure, the smaller crowds bother me sometimes. Starting over meant starting small, and it’s been nothing but hard work. Before I stood in front of crowds that had been built by decades of a church’s ministry within a community. Now I stand in front of whomever God chooses to bring, in a church that is not only my responsibility, but often my fault as well.

Most of all, I’ve been reintroduced to one of the greatest joys of ministry: people. Sure, they are often the greatest pain of ministry, as my opening joke pointed out. But for years in a large church, I missed out on building a real relationship with others. Often, my motivation for friendships was based on what I thought the other person could do in my ministry.

Of course I’m not saying you can’t minister to people in a large church. I still love large churches, and am truly thankful for the great ministry most of them do. However, there is something about their success that becomes an aphrodisiac for too many ministers like me. If we’re not careful, we become just as ambitious and egotistical as the worst secular businessmen we know.

I visited a big church on Saturday night this Easter weekend. I had high expectations and hoped to learn from their expertise. But even though we arrived early, it took a full 30 minutes to register our kids in the nursery. The worship music was okay, but the sermon was meandering and frustrating. Worst of all, they had a big promotional piece in the bulletin asking for money to fund a new multi-million dollar renovation to their sanctuary.

Here I was sitting amazed as all the theatrical lights and perfect sound during their service, just to read that it still wasn’t good enough for them! I was rolling in my sound system every Sunday into a rented space, and yet all their bells and whistles still weren’t good enough. And now all these first-time guests who only showed up because it was Easter had to sit through a sales pitch asking them to give money.

I sincerely doubt many will be back for a second look.

I walked away thinking just how good I’ve had it in my small little church. The worship is passionate, and the people know and love each other. And even though I’ve never made a full salary and we don’t have much, we never talk about money to new people. In retrospect, I feel a little sorry for those ministers at the big church. What a horrible beast to have to feed every weekend.

I’m thankful God saved me from my addiction to success, and forced me into a smaller church setting. In the process, I stopped chasing empty dreams and rediscovered my true calling.

By the grace of God, now I love both the ministry AND the people now.  And I’ve learned that sometimes, less is more.