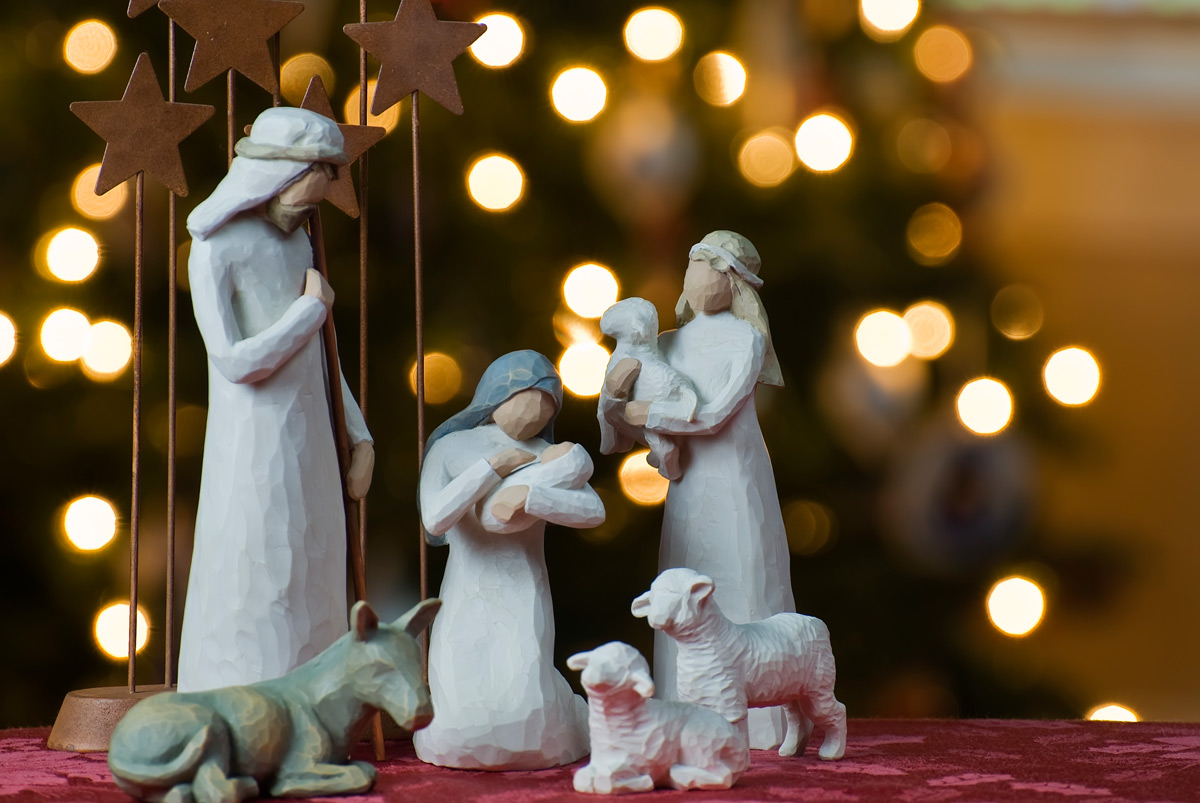 One of my favorite things about the story of Jesus’ birth is how messy it is. It’s really not all that pretty. You would think that if someone wanted to invent a new religion, they would write a better story about their Savior’s birth than what Jesus had.

Let’s take a look, shall we?

“Now the birth of Jesus Christ was on this wise: When as his mother Mary was espoused to Joseph, before they came together, she was found with child of the Holy Ghost. Then Joseph her husband, being a just man, and not willing to make her a public example, was minded to put her away privily.”

Mary was espoused to Joseph. In case you don’t know what that means, espousal is sort of like an engagement, but it’s a little bit more complicated than that. Legally, they were married. They were not living together. They did not have sex, yet. They would have to wait for the wedding to happen before they could do that. But they did enter into sort of a contract that in the eyes of the law made them husband and wife.

But check this out: the Scripture says, “…before they came together, she was found with child…”

So before Joseph and Mary consummated their marriage (had sex), Mary was pregnant.

Did you get that? They, Mary and Joseph, never had sex…and Mary is pregnant!

While today you don’t have to look any further than the Jerry Springer or Maury Shows, or maybe even your own local Walmart to see a similar situation, this simply did not happen back then. This was not the norm. This was a big frickin’ deal, folks!

Joseph was espoused to a virgin. She had promised and pledged herself to him. She was now defiled.

But not only that, on the surface it appeared as if she cheated. This was adultery.

Verse 19 says, “Then Joseph her husband, being a just man, and not willing to make her a public example, was minded to put her away privily.”

What does this mean?

Joseph did not want to publicly shame her or her family by putting her to death according to Leviticus 20:10, which says, “If a man commits adultery with his neighbor’s wife, both the man and the woman who have committed adultery must be put to death.” That meant that both Mary and the baby that she was carrying would have to die.

Normally, what would have happened is there would have been a public stoning outside of the city. That means a large group of people would have gathered together and they would have thrown rocks at her until she was dead. Instead, Joseph was going to have a divorce carried out privately.

You know? This Bible story is a little bit more intense than Springer. But take heart. It does have a happy ending.

We finish out Matthew 1 with Joseph being visited by an angel in a dream. The angel explains to Joseph that the baby was conceived by the Holy Spirit, that he’s to go through with the wedding, and that he was to name the baby “Jesus.”

Joseph did as the angel told him to do and took Mary for his wife. He waited until after Jesus was born to consummate their marriage. The rest is history.

The point of my telling you this story is to show you that Jesus wasn’t born into an ideal family. Joseph, technically, was his step-daddy. This happened in a time when it wasn’t typical for kids to have step-parents. This was way outside the norm. It’s not like it is today, where step-parenting is extremely common.

In a way, you can say that Jesus was raised in a broken home. He certainly was raised by a man who was not his bio-dad. His bio-Dad, God the Father, physically, wasn’t in the picture. I’m sure Jesus “visited” with him as often as he could, but it was still Joseph who raised him.

The point is, no matter if your family situation is ideal or not, or if it is not the norm, remember this holiday season that you’re in good company. Jesus Christ, our Lord and Savior, knows what it’s like living in a less than ideal, normal family situation. He’s been there before.

Hebrews 4:15-16
For we do not have a high priest who is unable to sympathize with our weaknesses, but one who in every respect has been tempted as we are, yet without sin. Let us then with confidence draw near to the throne of grace, that we may receive mercy and find grace to help in time of need. (ESV)

So, if you’re feeling lost, lonely and alone, awkward, backward, or like an outcast…

Or if you feel like the “black sheep” of the family…

Or if you’re angry, bitter, stressed out, down, dreary, humbug, etc., especially when it comes to your less-than-ideal-freak-of-a-family situation, talk to Jesus. He knows! He personally knows what that’s like. Let him listen. And let him give you peace and comfort.

May you and your family have a very warm Merry Christmas!