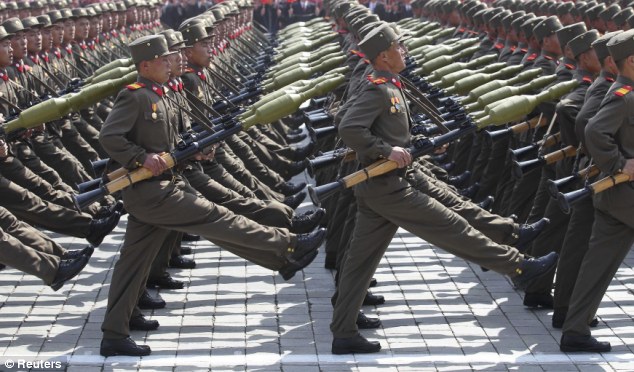 Repeating History: Be On Your Guard

So then, let us not be like others, who are asleep, but let us be awake and sober.
– 1 Thessalonians 5:6

Over and over, again and again, we seem doomed to repeat history. We behave as if the problems of the past never existed and we fail miserably to identify the circumstances that led us into them. The examples are endless, but lately I’ve noticed the stark parallels between the current conditions and those that existed at the beginning of the last century.

In much the same way, we tried to lull our concerns over the militarization of Japan in 1905 by telling ourselves they would provide a balance of power in the region with Russia and China. We seem equally willing today to put the same dress on nations developing sophisticated weaponry around the world, particularly those obviously interested in acquiring and/or retaining nuclear capabilities. Given increased tensions with China and North Korea, the Japanese have been encouraged lately to contribute more to their own defense and India, an established nuclear power, has been motivated to increase their presence in the region. The rationalizations over the growing Iranian nuclear program and their influence in the volatile Middle East remind many of the concessions given to Hitler’s Germany in Europe subsequent to the failed Treaty of Versailles.

The population of the United States was more than leery of its country’s international intentions coming out of the 1800s and isolationists had a strong voice in foreign policy. While we were still smarting from the fissures caused by the Civil War and fussing over polarized internal politics, no one wanted to get between the rivaling developments of right-wing fanatics (Fascists) and left-wing zealots (Communists) worldwide. We also minimized their significance domestically. We gladly left the Russians to their own during the Revolution of 1917, and the rise of the Third Reich through the 1930s was considered none of our business. And that was that! Today, we’ve grown weary of foreign entanglements and “nation building” leaves a bitter taste in most mouths, despite our role as the one superpower with a moral compass and an international leadership obligation—even if it is “from behind.”  Meanwhile, our two-party system has gravitated toward the extremes on the right and the left.

At the turn of the last century, many complained about the influx of immigrants and their impact on the economy, culture, and politics. Signs that read, “Irish need not apply,” were still common at employment lines, and they weren’t the only foreigners who faced bigotry and discrimination. Although there was angst, deportation was less of an issue, because immigration was under legal guidelines at well supervised ports of entry. The Atlantic Ocean took the place of a wall or a fence. Land borders crossed unpopulated wilderness areas where the importation of alcohol was the biggest problem during the years of Prohibition from 1920 to 1933. The reflection of these circumstances in current events seems obvious enough.

Americans also had an inflated opinion of their resiliencies and their strengths, particularly where the military was concerned, right up to the start of World War II. Despite the budgetary challenges of the Great Depression and downsizing after WWI that caused a decrease in combat readiness, the Secretary of the Navy, Frank Knox, publically touted the “invincibility” of the Pacific fleet—a mere week before the attack on Pearl Harbor. Understandably, he disappeared for a couple weeks afterward until he resurfaced in Hawaii on a forced firsthand reconnaissance of the damage for President Roosevelt. If you’ve been paying attention to the news lately, this stuff should sound familiar. A rocky recovery from a damaging recession, a monstrous national deficit, infrastructure problems, a troubling unemployment picture and…a diminished military. According to the Pentagon, only 1/3 of our military force is currently combat ready.

Art imitates life and the movies reflected culture, even during the “silent era.” Although patriotism was highly valued, there was a systemic lack of trust in civil authorities, including law enforcement. Charlie Chaplin’s character, The Tramp, was often depicted as the little guy who wasn’t afraid to put a boot to an officer’s backside…as long as he had the means for a quick escape. And the Keystone Cops made fun of the incompetence of the local constabularies. With the evolution of “talkies,” Edward G. Robinson and James Cagney made successful careers out of playing leading men in gangster movies. Today’s movie heroes are often depicted as lovable thieves or subversive “Robin Hood-types,” who stump the corruptible cops and win the girl. Audiences are willing to ignore that these Hollywood characters would be spending a significant amount of their lives behind bars in reality.

The early decades of the 20th century (1910 to 1940 in particular) were the scenes of social revolutions where traditional etiquette and moralistic norms were questioned, if not directly confronted and turned upside-down. Mature adults were appalled at the rank excesses of the youth, especially the women who embraced the “flapper craze” of the 1920’s. Short skirts, flashy suits, casual sex, drunkenness, tobacco use, tawdry dance moves, and flippant attitudes were accompanied by scandalous jazz, risqué blues and loud big band dance music. Does anyone doubt the recent change in cultural norms and moral liberalizing of our youth? The only thing that held back the tidewaters seemed to be religion—and look what’s happening there.

Based on the impressions given by our exported entertainment and foreign press coverage during the early 1900s, people in other countries looked at Americans as spoiled, lazy, naive, overfed, overdressed, overpaid, oversexed, over-perfumed, half-sober, lightweight, leisure loving, soft-headed, frivolous, pampered, obnoxious narcissists who were obsessed with luxury as beneficiaries of undeserved inherited wealth. They also believed we were incapable of a sustained fight involving significant casualties and sacrifice. Ever wonder what they’re thinking about us today, with 24/7 cable access and the extensive marketing of our popular culture? Check out the latest entertainment magazine shows and take a guess.

I hate to be the “Negative Nate” here, but I fear for the immediate future. Whether or not you think moral decline is problematic, or whether or not you buy into the sentimental romanticizing of history, no one can ignore the bloodshed that loomed out of those conditions a century ago. Over 17 million people died during World War I that was triggered by the assassination of an Archduke of Austria by a Yugoslav nationalist in Sarajevo in 1914. If you’re not a history buff, you may be thinking, “A what by whom?” An estimated 60 million were lost in World War II as the result of three nations that felt they weren’t treated justly at the end of the first one and took up arms against the rest of the world. Just imagine that. The causes may seem relatively trite to the disinterested observer at this point, but the numbers of dead were actually greater than the estimates due to inconstancies attributed to the chaos of war and questionable record keeping by some of the combatants. With the staggering population explosion of the last 50 years creating an unprecedented competition for food and other resources, what are the chances of history repeating itself…again?

In the face of growing atheistic secularization of societies across the world, with the notable exception of those hostile theocracies that are less than sympathetic to the “Western World,” I don’t think it’s quite time to shelve my Bible…just yet.

“Therefore, dear friends, since you have been forewarned, be on your guard so that you may not be carried away by the error of the lawless and fall from your secure position.”
-2 Peter 3:17