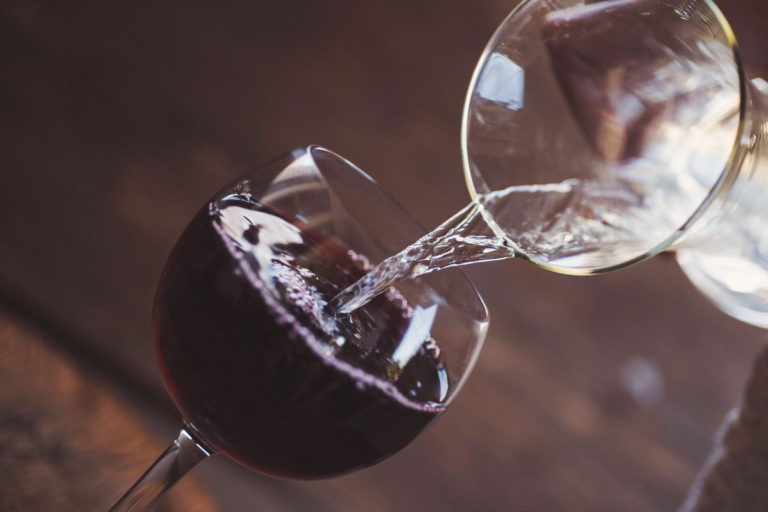 Jesus, the Wedding, and the Wine: That’s a Lot of Alcohol!

*Author’s Note: This article is in no way, shape, or form a written license to consume alcohol excessively. Please do not use this for any kind of biblical justification to drink.

Today I want to talk about the very first miracle that Jesus performed: Turning water into wine.

We find this story in in John 2:1-11. And basically it goes like this:

Jesus and his disciples are invited to a wedding in Cana of Galilee. They go. Mary, the mother of Jesus is there. The guests drink all the wine so Mary informs Jesus that there is no more wine to serve. Jesus has the servants fill up six large pots to the brim with water, and then he turns the water into wine. The master of the feast tastes it. Is blown away. He grabs the groom to commend him on saving the good wine until last.

That’s it in a nutshell. I broke down eleven verses into ten sentences. From these, there are a few things that I want to draw out regarding John’s testimony of the events that took place.

They Were Completely Out of Wine

Most Christians today who aren’t familiar with Jewish customs and culture don’t understand what a big deal this is. In First World countries like the United States we take it for granted. If you’re having an event and you run out of something, then you just hand someone a $20.00 and send them to the store.

Well, 2,000 years ago in Roman controlled Israel, you didn’t have this luxury. You spent roughly a whole year preparing for this wedding feast, which typically lasted seven days. To run out of something, especially something important to your guests such as wine, was a bad thing.

1. The guests are coming, expecting to eat and drink seven days to their heart’s content.
2. Now they can’t do that.
3. It shows bad planning on your part.
4. Plus you look cheap.
5. These were small communities that they lived in. After this wedding everyone will know.
6. Running out of wine was a big deal. It was embarrassing, shameful, and humiliating.

Now John doesn’t explain why they ran out of wine. Perhaps they underestimated how much wine they needed for the feast. Faulty planning? Maybe the family was poor and couldn’t afford to buy enough wine to accommodate all the guests? We don’t know for sure.

Based off of verse 10, when the master of the feast commends the groom for saving the best wine for last, he mentions how it is usually custom to wait until everyone has drunk before bringing out the bad wine. This leads me to believe that at this point a majority of the guest were already trashed!

Nobody knows for certain how far into the wedding they were. John 2:1 says, “On the third day there was a wedding at Cana in Galilee, and the mother of Jesus was there.” Could this mean that they were into day three of the seven day wedding celebration? But, in any case,, it doesn’t matter if it was day three or day six, running out of wine wasn’t a good thing.

Jesus Didn’t Want To Do It

In John 2:3-5 we read, “When the wine ran out, the mother of Jesus said to him, ‘They have no wine.’ And Jesus said to her, ‘Woman, what does this have to do with me? My hour has not yet come.’ His mother said to the servants, ‘Do whatever he tells you.’

Most scholars believe that at the time Jesus performed this miracle he was around 30 years-old. I think almost everyone would agree that he was well into adulthood. What I find most interesting about this portion of the story is this: Jesus’ will was contrary to his mother’s. She wanted him to do something about it. He didn’t want to. He stood opposed to her. The reason being his time hadn’t come yet.

There is another place in the Gospels (Matthew 26:36-44) where we see Jesus having a will contrary to his Heavenly Father. Here Jesus prays three times saying, “My Father, if it be possible, let this cup pass from me; nevertheless, not as I will, but as you will.”

In both of these instances we see Jesus having a will contrary to his mother’s and contrary to his Father’s—Jesus stands opposed to them. Yet one of the Ten Commandments says ““Honor your father and your mother, that your days may be long in the land that the LORD your God is giving you” (Exodus 20:12).

Even though Jesus knew that his time hadn’t come yet, he humbled himself before her and honored her wishes. And the amazing thing is Jesus did this with people watching—the servants and quite possibly his disciples.

They Use Purification Pots

Six of them to be exact.

These pots were made out of stone as opposed to clay. The Jewish people at this time believed that if they were to use water from a clay pot to wash they would not be ceremonially cleansed. And it was important, according to Jewish law, to be ceremonially clean, especially when there was food involved. So the water from these pots would normally be used to wash the hands and feet of the guests. Some commentaries also suggest that these pots would have been used for washing the dirty dishes. Nonetheless, it may not make you feel very good about what Jesus is doing here.

These things were huge. Not just “huge,” huge! Each one of them held two to three firkins. A firkin is equal to almost 9 gallons. Each pot would have contained anywhere from 18 to 27 gallons. Collectively with all six pots, you’re looking at 108 to 162 gallons of water.

John points out that they filled each one to the brim. Each one was filled to capacity. So let us assume that they were at the higher end of that scale: 162 gallons.

That’s A Lot of Alcohol

Let us break this down a little bit and put this into some modern day real world points of reference.

The typical bottle of wine on average is 25 ounces. 162 gallons of wine is equal to 128 bottles of wine.

Let me say this again: That’s a lot of alcohol—and they were probably only half way through a seven day festival!

I know many fundamental teachers teach that this was essentially grape juice, that it contained no alcohol whatsoever. I simple don’t buy into that.

Wine fermented. It fermented quickly. This is one of the reasons why the Bible says that you don’t put new wine in old wineskins. The gases from the fermentation process will cause it to burst.

It is also worth mentioning that the Jewish people drank a lot of wine, much like the Germans today drink a lot of beer. It was a part of the culture. There weren’t many sources of clean, drinkable water so they drank a lot of wine. It was healthier than the water. And because they drank so much of it, they had an incredibly high tolerance to the alcohol. It took a lot of wine to get them drunk.

Jesus Was a Drinker

You may not like me saying this, but Jesus drank wine. He wasn’t throwing back grape Welch’s at the Last Supper. It was actual wine.

And Jesus was known to drink. He confesses it himself. Matthew 11:19 and Luke 7:34 both report Jesus as saying, “The Son of Man came eating and drinking, and they say, ‘Look at him! A glutton and a drunkard, a friend of tax collectors and sinners!’ Yet wisdom is justified by her deeds.” Just one verse prior Jesus points out that John the Baptist did not drink. Yet, because Jesus was drinking others were calling him a drunkard. A drunkard is someone who lives a lifestyle of drunkenness. Jesus was a drinker. However, he was not a drunkard.

As far as it being unlawful: The Torah only forbids Levite priests from abstaining from alcohol. Jesus was not a Levite priest. Therefore, according to Jewish law, he was allowed to consume alcohol.