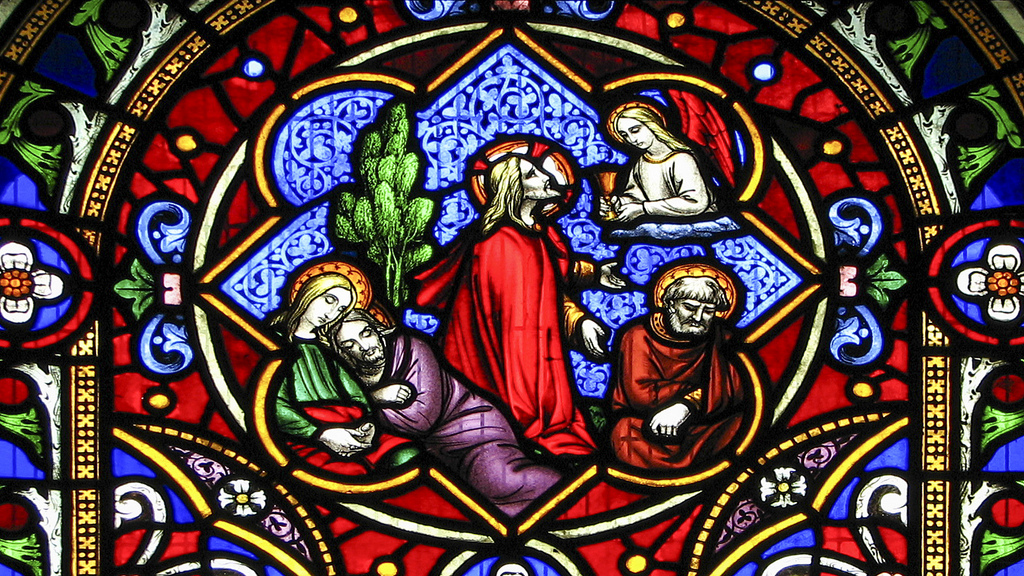 The following is part three of a three part series. Be sure to check out part one and part two before moving on to part three.

Throughout this paper there has been a substantial amount of tension formed when discussing one nature over against the other. This is precisely why the statement from the Council of Chalcedon did not merely affirm the divine and human natures of Christ. It went on to affirm that the natures are united “without confusion, without change, without division, without separation—the differences of the natures being by not means taken away because of the union, but rather the distinctive character of each nature being preserved, and each combining one person and hypostasis.1” While this affirmation may not altogether resolve the tensions, it sets the boundaries around how the tensions are to be explained within the confines of orthodox teaching.

For example, Stephen Long calls Paul D. Jones’ review of Barth out of bounds when he over emphasizes the humanity of Christ so as to affect the very being of the divine. Long writes of Jones, “Divine obedience is not simply the functional obedience the Second Person of the Trinity gives to the First… It is more. Jesus’ obedience in the Incarnation changes God… Jones goes so far as to suggest, ‘It could even be said that the transformation of God’s being coincides with the revelation of God’s being in transformation2.” Jones seems to place much of his analysis of Barth on the incarnational work of Christ but, according to Long, he does so in contradiction to Barth.3 Ultimately, Long concludes that, “If there is something new in [Jones’] work, it is the logical conclusions Jones brings to bear within this school of Barthian interpretation. Jesus’s [sic] humanity is so emphasized that he is now ‘the electing human who elects God’, which is what then signifies ‘God’s christic self-transformation.’”4

To help better understand how the hypostatic union relates to the person of Christ, John Lamont suggests two possible formulations of the nature of the hypostatic union. The first is that “the man Christ who walked around in Galilee was and is identical (numerically identical) with the Second Person of the Trinity.”5 The other option is to say that “the attribute of being a man, which in other men consists in being an independently existing substance, in Christ amounts to being something like a part or an attribute of the Second Person… The hypostatic union will then consist in the Second Person’s having these parts or attributes [of man]… added on to his original divine being.”6 Lamont notes that he finds most scholars take the former to be true.7 He, however, is willing to consider the latter. His reason lies in the difficulty of describing the human nature as an attribute. He writes, “…how [can it] be possible for the attribute of being a man to amount to being a substance in some cases, but not in all. The substantial nature of this attribute surely results from… the sort of attribute it is….[B]eing a man seems radically different from being something that has the otherwise substantial property of manhood as a part or attribute.”8 Lamont’s point is that simply having humanity as an attribute tacked onto a divine nature seems to be wildly different than actually being a man. He highlights this difference when he “distinquish[es] between being fully human and being merely human.”9

Lamont offers a defense of seemingly contradictory situations that may emerge when affirming the notion that Christ, who walked the earth, was, in fact, the same as the second person. One of the obvious challenges is that Jesus Christ died. If it is affirmed that Christ is the same as the second person then should it not also be affirmed that the second person died? While Lamont does not see fit to take on any specific examples, he does offer a helpful illustration that is intended to defend against any particular contradiction that may arise. He writes, “…statements that would imply a contradiction when asserted of a being for which only essential predicates that apply to it are the predicate that apply to the divine nature do not imply a contradiction when asserted of a being to which the essential predicates pertaining to both divine and human natures apply.”10

What Lamont is suggesting is that to set one nature against the other is not contradictory when it is affirmed that Jesus is a person with two natures. Jesus Christ does not have one nature set against the other and therefore any argument that pits the two against each other becomes moot. Lamont illustrates, “…it could not be true that a being to whom only human essential predicates apply could be infinitely good, because infinite goodness does not lie in the capacity of human nature taken on its own; but it could be true of a being that had both human and divine essential predicates.”11 Lamont’s point is that Jesus is not just a man, nor is he just divine. The same line of reasoning could be employed in the other direction. A divine being that only has divine predicates cannot also possess those qualities of a temporary being but, as Lamont rightly asserts, a divine being that has both divine and human predicates could.

Lamont goes on to explain this line of reasoning by comparing horses to humans. “It would not be possible for the same thing to have the essential predicates of both a horse and a man ascribed to it, because being a horse and being a man are different and incompatible differentiations of the same general attribute of being an animal.”12 While Lamont moves from this illustration to a defense against false anthropomorphizing of the divine, it seems advantageous to dwell here momentarily. If carried to its logical end, it could be asserted that while a horse and a human are incompatible it is not at all incompatible for a centaur to possess essential predicates of a human and a horse. While a centaur is a fictional being, it helps illustrate further Lamont’s defense. When discussing the hypostatic union we are, specifically, not talking about a person who has just a human nature or just a divine nature. Jesus Christ is altogether unique in that he is one person with two natures that are united. What may not be true of a person with a single human nature, or a single divine nature, may very well be true of Jesus Christ who possesses both the divine and human natures.

Hunsinger, writing of Barth, rightly notes that Jesus Christ is so unique that illustrations always tend to fail. “Barth’s main concern was that the ‘hypostatic union’… was something sui generis, in other words, in a category by itself. It was irreducibly singular and absolutely unique. It could have no true analogies.”13 Though he knew analogies would always fail, Barth did, on occasion, give in to the practice. “’Red-hot iron burns,’ he once wrote, ‘not because by its nature it possesses burning activity, but because it has acquired the latter through its union with the fire.’… The divine and human natures are united, he says, in the Person of the Son, who enacts them in a living unity.”14 Hunsinger adds that “In his Person… the two natures enjoy a dynamic oneness, what the tradition calls communio naturarum.”15 Lamont and Hunsinger both seem to hit on the necessary, and delicate, balance that the Council of Chalcedon called for.

The Council of Chalcedon set the boundaries around which the discussion of the hypostatic union of Christ’s divine and human natures should be considered. In order to properly understand the person of Jesus Christ, both his human and divine natures must be affirmed. However, there must also be an affirmation of the way in which these two united natures operate within the person of Jesus Christ. Hunsinger, echoing Barth, is correct to say that “…no proper analogy or illustration can be found for [the incarnation]. All suggested analogies or illustration can only be flawed and incongrous.”16 That being said, there are ways of illustrating and discussing the hypostatic union that can provide a deeper understanding of how the person of Christ relates to both of his natures. Lamont’s article helps to remind readers that when discussing the humanity, or deity, of Christ it is imperative to remember that speaking of one nature, or the other, is not the same as speaking of the person of Christ who is in possession of both natures. The discussions related to Jesus’ human birth, or his pre-existence, are discussions that must be considered in light of the fact that Jesus Christ is not just human or simply divine. Jesus Christ, as both God and man, is Himself a unique person that possesses two natures but who cannot be adequately reduced to, or simplified by, our understanding of either, separate from one another.

5John Lamont The Nature of the Hypostatic Union. 16.