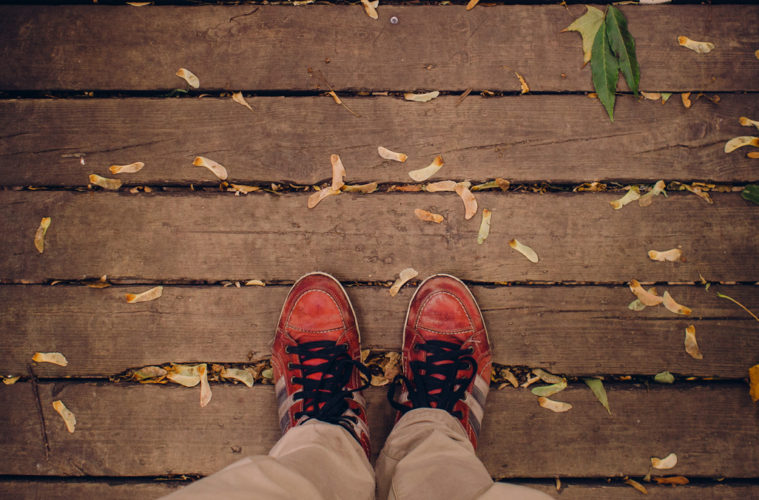 Does God Attract Us, Or Just Haul Us In?

As a longtime semi-Pelagian (Arminian), I struggled for years—even far into my seminary days—with the complexities of God’s sovereignty, particularly with what we know as the Calvinist (earlier called Augustinian) view of salvation.

I just couldn’t make any sense of it and questions perpetually spun in my mind:

I saw nothing in this view of predestination that gave me any hope or assurance. It increased my despair. If I wasn’t one of the chosen, then there was nothing I could do about it. And I was pretty sure I wasn’t part of the in-crowd, for I was too aware of my own weakness and sinfulness—all well reinforced by the preachers I heard every Sunday.

This meant going down to the altar—frequently! What if I backslid during the week? What if the level of my faith wasn’t up to the standard of “saving faith”?

My college friend got “saved” every summer break. Each fall he would return with the same story: he had thought he was a true Christian, but discovered he really wasn’t. And then he heard this on-fire-for-the-Lord preacher, and he gave his life to Jesus—this time for real.

That never made any sense to me either. I wondered whether salvation was really that flimsy or slippery. So I was constantly having discussions and debates with other young theology students, but with little resolution.

It became clear over time that it didn’t really matter what deep convictions I (or anyone else) might have about God or the nature of salvation, what counted was what the Bible actually said. But that was part of the problem—what did the Bible actually say about it? There seemed to be both Arminian and Calvinist sounding Scriptures. Some could go in either direction.

It had to be one or the other; both couldn’t be true.

As I looked deeper into it, I ran head-on into passages that just couldn’t take on an Arminian interpretation. One of the most inflexible was this classic from John 6:44:

For years I thought (and was taught) that “draw” simply meant to attract, to woo, to subtly bring us to Jesus through God’s love, rescues, kindness, and the like. Yet we still possessed the free will either to accept or reject God’s advances toward us. It was all neat and tidy.

Perfect sense, unless of course you were born in a place where the Gospel had not been preached, or you were out of town that day when it had. If born in the wrong place, or if someone failed to evangelize adequately, then obviously you went to hell.

As they say in Italian, Che sarà, sarà.

The real inconvenience of John 6:44 in this respect is that the translation, “draw” can mean nothing of the kind—ever. The Greek word is helkó. Unlike many other Greek words, it appears to have a fixed meaning with no variations: to drag, haul, pull, or something similar—to compel by a superior, irresistible force. And nowhere else in the New Testament does it take on a different meaning (John 12:32; 18:10; 21:6,11; Acts 16:19; 21:30; James 2:6). The translation “draw” could work only if you’re talking about hauling in a dragnet full of fish, or forcing a sword out of its scabbard.

If taken at face value, we could say that the Gospel writer’s view of God’s drawing power is more like a tornado that pulls or sucks everything into it by means of an overpowering centripetal force. That image would accurately describe God’s drawing of me.

I pursued the word helkó further. I ransacked all other sources of Greek in the ancient world: the secular Greek Classics, the Septuagint (Greek translation of the Old Testament), and the Apocryphal literature between the Testaments. I found no exceptions. If anyone finds one, please let me know.

Still, virtually all our English translations and versions use the word “draw” that easily permits the meaning woo or attract, like the man or woman who is doing everything to win the attention or love of the other. And that’s exactly how it is interpreted in most preaching of this passage I’ve heard.

The German, French, and Spanish translations of John 6:44 appear to have gotten it right (compel, bring, carry, pull, drag, haul, tow, and so forth), but the English translators introduced an ambiguity where none existed in the original. Why? This departs from the usual practice. Is it the job of the translator to make fuzzy what is perfectly clear?

When dealing with this passage, one thoughtful person in my church Bible class suggested this reading: “No one comes to me unless the Father who sent me makes him want to come.” I thought that was pretty good as an overall view of how God works and what happens inside us, yet it loses much of the blunt force of the original.

The word helkó is repeated in John 12:32, “But I, when I am lifted up from the earth, will draw all men to myself.” I had always heard as a young person that if we lifted up Jesus adequately in our preaching, he would take care of the attracting part, but ultimately it was up to each one of us to accept or reject Jesus as personal Savior. He does his part and we do ours.

It seems clear enough that the lifting up is done on the cross. Jesus meant that when lifted up in crucifixion, he would draw (drag, pull) people from everywhere to himself. That was all part of the work he accomplished by his death.

Also, when Jesus said to Peter that he would make him a fisher of men, he had in mind not the fishing pole, the lure, the hook, and the single fish who might or might not choose to bite (the way most Christians think), but the big haul that took no account whatsoever of the fishes’ individual action. That is, in fact, the final use of helkó in John’s Gospel (John 21:11).

So it appears that the meaning of John 6:44 is something like this: No one is able to come to Jesus unless God the Father actively drags/hauls/pulls them in with a superior, irresistible force. Call it what you will—Calvinistic, Augustinian, Monergistic—it’s hard to get away from it. God chooses us in a way we don’t really understand, and brings us in with a power that trumps our resistant will, our theological categories, and even our recommendations.

There’s just one big problem with this: What if we want to be chosen, but aren’t? What chance do you and I have if it’s all done, so to speak, behind our backs? I think if we take very seriously the nature and overwhelming power of sin’s curse, and its ability to bind and paralyze our wills (the way the New Testament portrays it), then we realize that if we truly want to be among the chosen, that’s the sign we are. If we weren’t, we wouldn’t even want to be. It’s not a natural desire. In our fallen state there’s not enough residual righteousness left in us even to choose God.

Like most of humanity, we’d be very content (insistent!) to live our own lives outside the Father’s house. If God didn’t exercise choice and bring it all to pass, no one would ever be saved. And, since he doesn’t bother to tell anyone what the criterion or process for choosing is, we aren’t in a position to speculate about his justice or fairness. He leaves us out of this conversation and simply tells us he is just at all times and in all his ways. The worst anyone will ever get is perfect justice, and how can that be unfair?

So no one misses the kingdom of God who wanted to be there, since even the desire for God, and all he has to offer, is born wholly of his gracious choice.