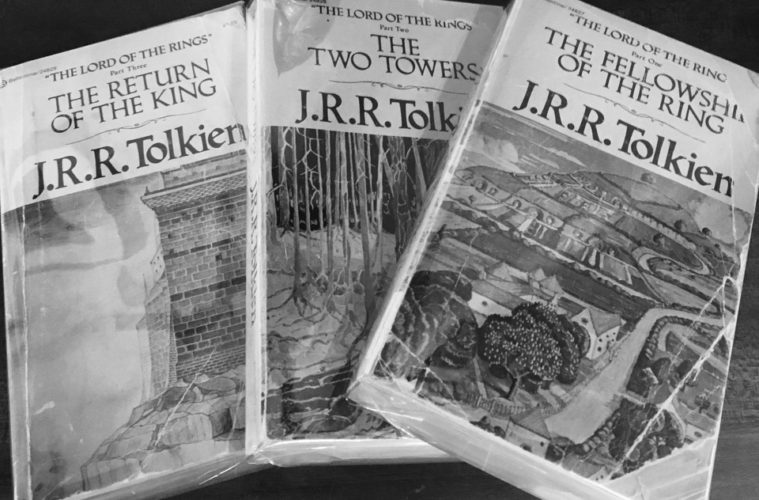 What was your favorite story as a child? Mine was Ferdinand the Bull. (It was cool before the movie.) I didn’t think most people knew about Ferdinand, but he was special to me. Something clicked  between me and a bull who didn’t want to fight—just wanted to smell the flowers. I just wanted to sit under a tree and read a book. Or on the couch. Or in bed, under the blankets late at night. Or anywhere, really.

Leave me alone, and let me live peacefully. Ferdinand found that difficult as a bull intended for the bullring. I found it difficult as the youngest of seven kids.

I knew what it felt like to be different. Can another INFJ raise a hand, here?

As an adult, the stories that have shaped me, not surprisingly, revolve around second chances and grace and the least among us doing great thing. Lord of the Rings. Les Miserables. Pride and Prejudice. (Also, stories about women who aren’t afraid to say what they mean. And then sometimes have to apologize.)

I will never forget the gut-punch feeling while sitting in a dark theater in December, 2001. My family watched The Fellowship of the Ring roll out on the big screen in Bozeman, Montana. (There was only one big screen in Bozeman.) We were only a couple months out of 9/11. The horror was still raw, the fear still tangible. And then Gandalf said the words I have never been able to shake.

To Frodo’s exhausted, “I wish none of this had happened,” Gandalf replied, “So do all who live to see such times, but that is not for them to decide. All we have to decide is what to do with the time that is given to us.”

It meant something. It still means something to me—enough to make me write a book and speak to young adults everywhere I can about the wondrous ability of Tolkien’s stories to change us.

Stories mean something. We read them, watch them, are changed by them. From the beginning of humanity, people told stories to connect and to reflect who they were and who they wanted to be.

I’ve been taking some time to preach through Jesus’ stories lately. Because if any stories are going to change us, those ought to.

Often when we read Jesus’ parables, we read them to extract a moral. What does he want us to do? How should we act? In the words of the rich young man, “What must I do for the kingdom of God?”

What if Jesus wants us to live the story—plot, character, climax, and conflict? What if he wants us to read it like he meant it—like a story, not a morality play? In fact, as a writer, I know that’s a terrible way to write a story. We dare not tack on a moral at the end or we make it cliche, a trite tale that bashes the reader over the head with our Bible. (It’s kind of the way Christians tend to make movies . . . )

So what is the purpose of Jesus’ stories? They paint us a picture of life as it should be. His tales hold up a portrait, a landscape really, of the kingdom of God. This is what it looks like, guys. And he asks— Is this the story you want to tell as your own?

Jesus tells stories to help us imagine a world that aligns with how its supposed to be. To help us imagine our own story and tell it out. We study parables not for the moral of the story but for our story within them. What do they contribute to our tale? And how does out tale fit in God’s great kingdom, of which we are a tiny, tiny part yet still a meaningful one?

We tell stories to see the world as it should be and then go there.

In Jesus’ “introduction” to his parables, he gives another reason for telling them. To sort out who is truly listening.

That is why I use these parables,
For they look, but they don’t really see.
They hear, but they don’t really listen or understand.
This fulfills the prophecy of Isaiah that says,
‘When you hear what I say,
you will not understand.
When you see what I do,
you will not comprehend.
For the hearts of these people are hardened,
and their ears cannot hear,
and they have closed their eyes—
so their eyes cannot see,
and their ears cannot hear,
and their hearts cannot understand,
and they cannot turn to me
and let me heal them.’
“But blessed are your eyes, because they see; and your ears, because they hear.” -Matthew 13

Jesus returns to the ancient shema—the call of God to truly hear and listen. From its beginning in Deuteronomy, the shema asks more of God’s people. They are to listen to his words with open ears and hearts, willing and wanting to respond to God’s words at all times. That’s the meaning behind “He who has ears to hear, let him hear.” Jesus means don’t simply hear—DO.

So the parables are stories to help us find our place in God’s great story. They are also sifters to see who is really listening. Jesus is preparing to leave his followers, and he needs to know who is in and who is a hanger-on. Not that the hangers-on aren’t welcome, but they aren’t where he’s going to get his team for building the church when he is gone. He’s looking for hearers and doers. And the stories separate the ones who want to work at it from those who want the fireworks and free fish.

Just think about all the people who were Cubs fans last year but not this. That’s the difference, my friends.

When do we listen, really listen, to stories, as I did in that dark theater sixteen years ago?

We listen to stories when we appreciate our need for them.

I mean, if we’re prepping for a test, and we think we’ve got all the time in the world, or we know more than anyone else, we’re not likely to really listen when the teacher is reviewing. We’re going to be in the corner on Facebook, or doodling in the notebook, or catching a nap. We don’t feel our need for the information.

Jesus didn’t force morals or tell his point straight out because he wanted people to realize their need. We usually only realize that when we’re made to work for it. If it comes easily, we don’t know how much we really need it. When we do realize it, we are ready to change. He wanted to force that work. Because—

Good stories change us for the better.

That’s the point of the parables. To get us to tell good stories with our lives. We will never do that until we have ears to hear Jesus’ stories and know that they aren’t intended to give us a new law, some behavior to check off, but a completely new story arc.

We tell stories to see the world as it should be and then go there.

We do that when we let the stories sink through our ears and change our very hearts.

Good stories change us for the better.

The end? No. Just the beginning.