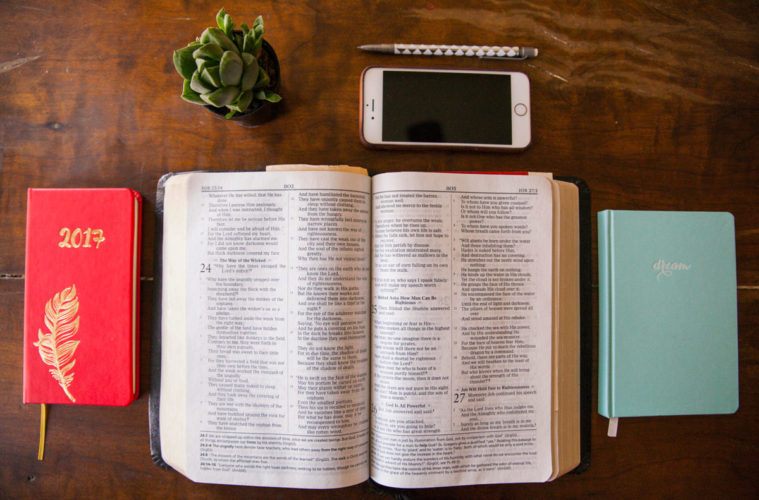 Sola Scriptura—Let’s Start All Over Again

The Reformation theme Sola Scriptura that helped alter the course of Western civilization meant that the Bible—not something else or something more—was the foundational authority for Christian faith and practice. In its historical context it affirmed that the Scriptures of the Old and New Testaments took precedence over church traditions, church councils, or Papal decrees.

To all, it was clear what was at stake and where the lines were drawn. The recorded writ stemming from the Apostles trumped all other claims to authority when it came to the basic ideas and doctrines of the Christian faith. In debates over this issue, when Roman Catholic theologians would point out to Protestant scholars that the New Testament was itself tradition, the response was often, “Yes, but it was apostolic tradition.” Over the centuries since then, Reformation Protestants and Catholics more or less sorted themselves out along these two lines.

But things have changed. In today’s Protestantism we face a different, but related, form of the issue. The actions of the highest councils often seem to affirm either that Sola Scriptura is dead, or to pay lip service to it by citing Scripture in support of arguments for one currently popular issue or another.

Maybe you’ve noticed it, too. A good parallel to this current phenomenon comes from the legal world in the United States. In Constitutional studies, there are two schools: the strict constructionists and the loose constructionists. The former interpret the meaning of the Constitution and the Bill of Rights according to the original intent, asking the question, “Exactly what did the writers have in mind when they wrote?” They insist that the original intent of the Constitution is the only proper reading of it. The latter see the founding documents as living organisms, fluid, and highly flexible. In other words, for all practical and legal purposes, “they mean what we say they mean” according to our ever-changing experience, understanding, and the contingencies of history.

Such is the current fate of much of our modern day biblical studies. The original intent isn’t our concern. What any particular Gospel writer or the apostle Paul meant for the reader to understand two thousand years ago carries no necessary authority for what we are to take from them. As in the case of our law schools, this is probably what is most often taught in our mainline theological seminaries.

Our institutions of higher learning appear to be controlled by those who are less interested in exactly what the original authors wrote, and more in how they can apply (some would say twist) their words and concepts in favor of various contemporary issues of church and society.

Thereby, we are encouraged to think that the Bible only preserves for us the way words were understood many centuries ago, but it’s our current intellectual progress that determines what they mean for us today. The light we bring to the table is more important than the light Scripture brings. For all practical purposes this has led, in a roundabout way, to the verdict that “the Bible means what we say it means,” puzzling church members with the claim that “what the Bible really teaches” is the exact opposite of what it seems to say. This “Did God really say…?” approach is a bit too Adam-and-Eve-ish for many of us.

From the loose constructionists in our seminaries, we discover that the Bible teaches the very opposite of what we thought it said: Jesus is not really the only way to God and the Bible’s moral code is hopelessly out of date. To quote one of my seminary professors, “The Bible isn’t a handbook for doctrine, it’s a textbook for theologizing.”

Part of the problem is the modern consensus that we owe no real allegiance to what dusty old documents written by those long dead might say. Old ideas give way to new ideas, and since today we know more about everything than what previous generations of people knew, it’s our duty to toss out the old and ring in the new.

Conservatives, on the other hand, argue that they are equally interested in applying the Bible to our ever-changing church and world, except they insist on preserving the original meaning of the texts in order to shed light on changing situations. This has been the staple of Protestant preaching for centuries.

The difference between the two could not be more profound. Many, if not most, of the basic squabbles (and divisions) within today’s Protestant church—even within the Reformation-based churches—can be traced to this hermeneutical disagreement. Both sides of an issue may claim Sola Scriptura as their marching orders but come up with radically different theologies, even radically different faiths. Hence the bitter church splits now occurring across all denominational lines.

Nearly a generation ago, Episcopalian bishop John Shelby Spong published his book Why Christianity Must Change or Die. It was presented as a solution to the decline in mainline churches. He argued that congregations would grow if they got rid of their traditional interpretation of the Bible and caught up with the changing times. This view became very popular with many mainline Protestants, including those in the United Methodist, Evangelical Lutheran, Presbyterian (U.S.A.) and Episcopal churches. Spong received lavish praise from his contemporaries such as Harvard Divinity School’s Karen L. King, Harvey Cox, and many others across the board. This liberal theology has been on the menu ever since in mainline seminaries and has been preached from many mainline pulpits.1

It can be shown that this “liberal view” is inherently self-refuting. It sees a document as living and breathing, and therefore its original context and intent do not determine the meaning for us today, but are subject to the progress of history and our ever-changing understanding. But this view appears to eat itself up when applied to any other kind of text.

Consider the biblical scholar finishing a well-prepared lecture on how we ought not to take the original intent of old documents as their meaning for us today.

Imagine one of their impudent students following his advice and taking away from his lecture the exact opposite meaning. In the final exam, he writes that what the professor had been saying all semester—his original intent—has no contemporary relevance and should be reinterpreted according to the new principles he gave them. No doubt the student who followed his professor’s instruction most carefully regarding “original intent” would flunk the course.

If there’s one thing most teachers seem to want (demand!), it is that their students understand, record accurately, and be able to reproduce the original intent of the course content. Whether in math, history, chemistry, physics, psychology, or mechanics, this is pretty much what my teachers expected. And they seemed to be pretty absolute about it.

It’s difficult to think of any type of writing that doesn’t require the reader’s application of original intent: recipes, bank statements, letters from the IRS, chemical formulas, orders from your commanding officer, memos from your boss, maintenance manuals, flight plans, and so forth.

When interpreting a long-awaited love letter, do we not ponder every word and nuance in attempting to squeeze out of the text every last drop of original meaning? We are not interested in how we can apply the words to any circumstances other than our own hopes. All we want to know, and the only question we ask of the text, is “What did she mean?”

It becomes evident that when we consider a certain written communication important, we automatically fall back on the “old way of seeing things.” Utter confusion—even a certain amount of danger—can result from discarding what a writer intended for us to grasp and firmly believe in favor of what “our evolving understanding” leads us to conclude.

A Kind of Literary Solipsism

None of this implies that Sola Scriptura in the traditional way of reading the Bible is somehow simple and self-explanatory. The Bible needs rigorous and intelligent interpretation with all the new knowledge and tools we can bring to it. But it does mean that we cannot arrive at any satisfactory understanding or application of a text by discounting from the start what a writer struggled to express.

It is difficult enough to wrestle with the biblical text to figure out the writer’s original meaning, and then to make it relevant to our hearers two thousand years later. But adding a new step of radical subjectivism to the mix means that in the end it does not matter what the author wrote, it only matters what we want the text to say. We used to call this “eisegesis,” reading our own ideas into the passage.

This modern approach—a kind of literary solipsism, or even a form of narcissism—ends the dialogue with Scripture and makes it merely a monologue. We end up not hearing a challenging or renewing word “from the outside,” but only talking to ourselves and construing the echoes of our own voice as authoritative revelation.

The biblical writers were convinced that what they were dealing with was truth and wisdom codified. If we truly think they were wrong—or if the documents really don’t mean what they say they mean—then we should be honest about it and simply admit that we are throwing them out altogether and starting over.

It seems far more honest to toss aside the Bible entirely and create from scratch new religious texts based on our own personal opinions. Sola Scriptura must mean the authority of the original author’s point in writing, describing the shape as well as the boundaries of our faith. If it means whatever we choose, it merely dissolves the church’s deposit of truth that was once for all entrusted to the saints.