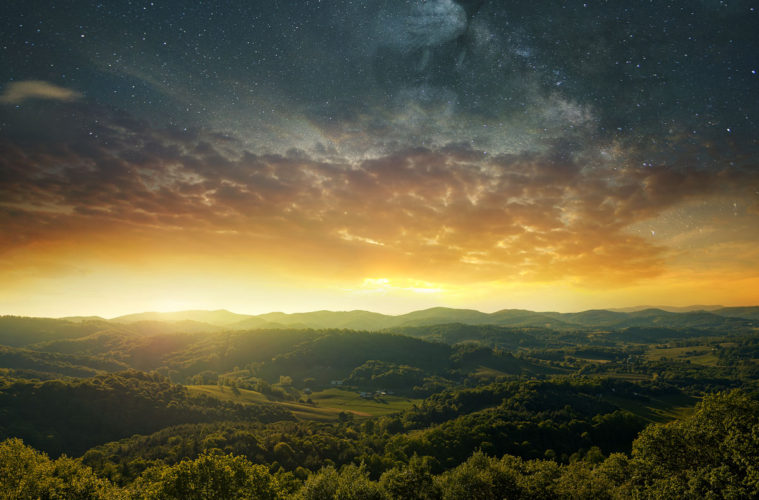 It is difficult to talk about the meaning of “salvation by faith alone” apart from its fellow slogans of the Reformation, because they inform each other and play different roles: we are saved by the grace of God through faith in Christ for God’s glory. But each of those has such a deep meaning behind it that they deserve the closer examination we give them this day.

Faith is often treated in many churches today as giving mental assent to an idea, a rough agreement that Jesus was, in fact, real and that he was both God and man (whatever that may mean to the one giving such assent), that he died on the cross for our sins and that believers will go to heaven when they die because of this.

This is such an empty and unbiblical concept of faith that it robs the phrase sola fide of its meaning. It has produced generations of churchgoers who believe that because they gave Jesus a theological thumbs-up, that they have got their ticket to heaven punched, their fire insurance purchased and kept up to date. I am compelled to look to faith as it is shown in Scripture and point the light of truth on it: what faith is, what it does, and why we have it.

Faith—the Fuel for the Life of a Christian

Now faith is the assurance of things hoped for, the conviction of things not seen. For by it the people of old received their commendation. By faith we understand that the universe was created by the word of God, so that what is seen was not made out of things that are visible.–Hebrews 11:1-3

Before Christ, the people of Israel’s faith was directed at the promise of God in the coming of the Messiah. Though he was far off, Christ was the object of their faith even if through the veil of time. Hebrews 11 continues with further testimony to the faith of the ancient saints: from Abel’s faith being the foundation of his better sacrifice, to Abraham’s faith in God’s providence of offspring even when he was “as good as dead,” to the Israelites crossing the Red Sea with the Egyptians in hot pursuit, and beyond. Each one of these actions was taken with faith held in the fact that God had promised to make them great and bring redemption through them. And that faith was what led them to act in a way that they would not have otherwise acted had they not had such a trust in God.

And calling the crowd to him with his disciples, he said to them, “If anyone would come after me, let him deny himself and take up his cross and follow me. For whoever would save his life will lose it, but whoever loses his life for my sake and the gospel’s will save it. For what does it profit a man to gain the whole world and forfeit his soul? For what can a man give in return for his soul? For whoever is ashamed of me and of my words in this adulterous and sinful generation, of him will the Son of Man also be ashamed when he comes in the glory of his Father with the holy angels.”–Mark 8:34-38

Jesus set an impossibly high standard for those who would follow him: they live not to themselves, but to God, and they do not seek their own comfort and safety, but rather they stand ready to risk everything, whether it is property, limb, or even their own lives, to bring glory to the Name. But the way of life he called his children to was not powered by their own wills and goodness, but by the Lord’s own gift to them: the faith that saves, the faith that lives. As Paul wrote,

For by grace you have been saved through faith. And this is not your own doing; it is the gift of God, not a result of works, so that no one may boast. For we are his workmanship, created in Christ Jesus for good works, which God prepared beforehand, that we should walk in them.–Ephesians 2:8-10

Faith gives strength to all who trust in Christ, and it is by that faith that they trust at all.

Again, space hardly avails a lengthy discussion of the meaning of these words, but we may understand the nature of faith as being not something we have by our will, but by God’s mercy, through the testimony of Jesus in the Gospel of John:

Jesus said to them, “I am the bread of life; whoever comes to me shall not hunger, and whoever believes in me shall never thirst. But I said to you that you have seen me and yet do not believe. All that the Father gives me will come to me, and whoever comes to me I will never cast out. For I have come down from heaven, not to do my own will but the will of him who sent me. And this is the will of him who sent me, that I should lose nothing of all that he has given me, but raise it up on the last day. For this is the will of my Father, that everyone who looks on the Son and believes in him should have eternal life, and I will raise him up on the last day.”–John 6:35-40

We see so many images in this passage of what faith is to the Christian: faith is the gift of God to his people. Faith is the means by which we are turned from relying on the world’s strength, to putting our trust in the Bread of Life as perfect food and the Blood of the Lamb as perfect drink. Faith is the mark of promise that on the last day, Jesus will raise us all to eternal life and reward. Around and around we can turn that multifaceted stone and continue to see new aspects of the great and glorious work of God: the Father calling his people to faith in the Son and filling them with the Holy Spirit to new life.
Finally:

Faith Alone is the Hand by which We Grasp Salvation

We have already seen much of this through the texts above, but let us make it clear from Paul’s letter to the Romans:

For the promise to Abraham and his offspring that he would be heir of the world did not come through the law but through the righteousness of faith. For if it is the adherents of the law who are to be the heirs, faith is null and the promise is void. For the law brings wrath, but where there is no law there is no transgression.
That is why it depends on faith, in order that the promise may rest on grace and be guaranteed to all his offspring—not only to the adherent of the law but also to the one who shares the faith of Abraham, who is the father of us all, as it is written, “I have made you the father of many nations”—in the presence of the God in whom he believed, who gives life to the dead and calls into existence the things that do not exist. In hope he believed against hope, that he should become the father of many nations, as he had been told, “So shall your offspring be.”
[…]
Therefore, since we have been justified by faith, we have peace with God through our Lord Jesus Christ. Through him we have also obtained access by faith into this grace in which we stand, and we rejoice in hope of the glory of God. Not only that, but we rejoice in our sufferings, knowing that suffering produces endurance, and endurance produces character, and character produces hope, and hope does not put us to shame, because God’s love has been poured into our hearts through the Holy Spirit who has been given to us.–Romans 4:13-18, 5:1-5

Since the beginning, salvation was by faith in Christ alone. There has never been any other way that anyone has had true righteousness with God, even in the days of the old covenant, because it was faith that truly gave all the elements of that covenant their meaning. God did not need bulls and goats offered up to him. He did not have a driving need for drink offerings and grain offerings to keep him from starving, and it was not an enjoyment of watching goats be sacrificed or driven into the wilderness that gave purpose to the sacrifices of the Day of Atonement. It was faith in God’s promise to redeem and to make his people a mighty nation. And today, we continue in faith in the finished work of Jesus Christ. That faith gives life and sustains Christians as we hope for our own future, for the completion of God’s work of creation when we go to join him in true rest.
That little phrase sola fide is rich with this context, and in it the Reformers sought to point the church to the fundamental truths of the Gospel of Jesus Christ. Imperfect men had their eyes opened to the perfect God who made them and laid their hearts bare to the truth of their own deep sin and unworthiness, and at the same time, they ate true bread and drank true drink, and worshiped the Giver, the Given, the Savior. The Reformers were broken and sinful men just like us, and history testifies to the ways that they failed. But just as much it testifies to the faith they held, and to the faithfulness of the God who held them up by his power and for his glory.

The great King, immortal, invisible, the Divine person, called the Holy Ghost, the Holy Spirit; it is he that quickens the soul, or else it would lie dead for ever; it is he that makes it tender, or else it would never feel, it is he that imparts efficacy to the Word preached, or else it could never reach further than the ear; it is he who breaks the heart, it is he who makes it whole: he, from first to last, is the great worker of Salvation in us just as Jesus Christ was the author of Salvation for us.  O soul, by this mayest thou know whether Salvation has come to thine house–art thou a partaker of the Holy Spirit?  Come now, answer thou this question–hath he ever breathed on thee?  Hath he ever breathed into thee?  Canst thou say that thou hast been the subject of his supernatural influence?  For, if not, remember except a man be born of the Spirit from above, he cannot see the kingdom of God.–Charles Spurgeon, sermon 152, “Things that Accompany Salvation”