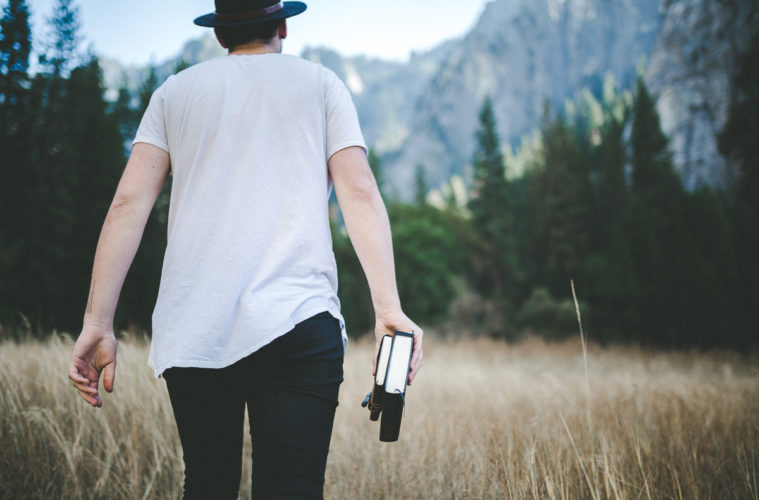 This is a collaboration between authors Eric Johnson and Aaron Jeffries.

In pentecostal, charismatic, and some denominational circles whenever you start asking around, “If you could be like anyone in the Bible (besides Jesus), who would it be?” The answer more often than not is “Elijah.”

We don’t blame them! Elijah was a pretty cool dude whom God anointed to do some pretty amazing things! Even his successor, Elisha, wanted a double portion of Elijah’s anointing (2 Kings 2:9-15)!

But one of the “trends” we’re seeing today in our pentecostal/charismatic/non-denom churches is people praying and asking God to give them the spirit of Elijah.

Friends, loved ones, we speak from the heart when we say this: This practice is not biblical. Nowhere in the Scripture does it tell you to seek after characteristics of another man, which is really all you’re doing when praying to receive the spirit of Elijah. God created you specifically to be you. He did not create you to be like another.

John the Baptist was known as a preacher, not a miracle worker. God picked him to turn the hearts of the fathers to the children, the disobedient to the wisdom of the just, and for him to announce Jesus as Messiah. His roll wasn’t to call down fire from heaven, but to be the voice of one crying in the wilderness, “Prepare ye the way of the Lord! Make straight in the desert a highway for our God!” (Isaiah 40:3).

Is this what you want to do with the spirit of Elijah? To call for repentance of a nation? If so, then by all means do it.

But we warn you, Elijah was man like us (James‬ ‭5‬:‭17-18‬). He battled depression. He was lonely. At one time he thought he was the only believer left on the planet and had to run for his life! He hid in the mountains. More often than not he went hungry. God had to feed him supernaturally three times to keep him from starving to death. Is that what you want when you say give me the spirit of Elijah? Is this really the kind of life you want to live? Or do you just want the power and the glory that he had?

We share a love and burden for our generation. This is the reason we decided to write this blog together. More often than not, our generation passes off emotion for anointing. Our generation could really care less about the holiness of God. All they appear to really care about is showing up to church Sunday morning and getting a hot cup of coffee along with a side of emotionally based spiritual hype. They come to have their ears tickled. They seem to want to leave church feeling good about themselves, fully caffeinated, and feeling empowered to “live their best life now.”

They have a rock star pastor and a rock star worship leader, who both are convincing them that they can be rock stars for Jesus. So they look to the Bible for a rock star that they can be like and they find Elijah. They read about him and all they see is the power and glory. They, too, want to call down fire from heaven, so they begin to pray and ask God for his anointing.

Coveting is when you lust after something that belongs to someone else. We don’t know if you know this or not, but Elijah’s not dead. You are coveting what God gave to him. The last time we checked coveting was still a sin.

We learn in 1 Corinthians 12:31, as worded in the KJV, that we’re supposed to “covet the best gifts,” but a more accurate translation is “earnestly desire.” There’s nothing wrong with wanting to prophesy, speak in tongues, interpret tongues, healing the sick, raising the dead, etc. These are all gifts that the Spirit gives at his will (2 Corinthians 12:11), not ours. And it’s one thing when people covet another man’s anointing, but it’s another when the coveting is encouraged from the leadership of the church. There are too many ear tickling rock star pastors and worship leaders encouraging their congregations to pray and seek Elijah’s anointing. So we ask you a question. Tell us which is worse: The one who thinks he can buy the Holy Spirit, or the one who thinks they can sell it?

It may sound a little legalistic when we ask this, but God is calling all of us to the front and certain questions need to be asked. Some of them are hard questions.

Do you really want the spirit of Elijah or do you just want a big name for yourself? If you are, stop trying to recreate a moment in time and focus on repentance. “But seek ye first the kingdom of God, and his righteousness; and all these things shall be added unto you.”

In other words: Don’t sweat it. The Holy Spirit will give you whatever anointing you need to accomplish the mission that Christ has given for you to do. Your anointing is your anointing. Elijah’s anointing was awesome! But who’s to say Amanda’s anointing can’t be? Or Neena’s anointing? Or Chris’ anointing?

Today, pause for a moment and consider this: Maybe, just maybe, God wants you to have a mantle that doesn’t belong to someone else. Let us know what you think.