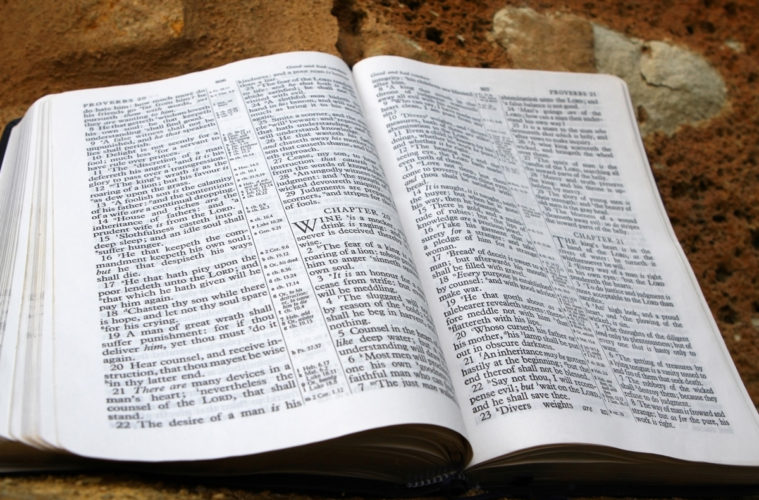 Is the KJV Really God’s Choice? A Brief Look at the Anglican Scriptures

Okay… Now that I’ve got the attention of all the fundies and theologians, let’s get down to business.

Before I get started, it’s important to note: contrary to popular fundy belief, the King James Version (KJV) was not the first early modern English translation of the Scriptures. In fact, there are too many to list here; but some of the more popular translations include the Wycliffe Bible, Tyndale Bible, Geneva Bible and the Douay-Rheims Bible.

The KJV was the third “Authorized Version” to be sanctioned by the Church of England after the Great Bible and the Bishops’ Bible. The KJV translation project began in 1604 and was first published in 1611.

Couple of things to point out: the KJV was created because the Church of England did not approve of parts of the translation or margin notes of the popular Geneva Bible. The problem was that the Geneva Bible was readily available to citizens of England and the other “Authorized Versions” mentioned above, were not—or, otherwise they were too expensive for the average citizen. In addition, King James required that his translation communicate the ecclesiastical hierarchy of the Church—mainly the Church of England—an important distinction if we are to discuss textual criticism.

And when he had apprehended him, he put him in prison, and delivered him to four quaternions of soldiers to keep him; intending after Easter to bring him forth to the people.

Notice the word Easter? That’s not supposed to be there.

But, if you’re a 17th century Bible scholar working for a king who has just given you specific instructions to retain the authority of the Church of England within the translation of the Scriptures—you’re dang right it’s Easter.

However, a quick glance at any other modern English translation will read Passover, including the Geneva Bible of 1599. The difference is that the KJV project had an agenda besides an accurate biblical translation. The agenda was to keep the authority of the Church of England within the Scriptures.

How does Easter represent the authority of the Church of England?

Very simple. Easter was a Roman Catholic holiday also celebrated by the Church of England. However, Passover is a Jewish holiday that honors Jewish tradition, not Anglican tradition. This is just a small, but blatant example of KJV bias.

In saying all this, you may be surprised to know that the KJV is one of my favorite translations.

The reason I like the KJV is because of its poetic flow. Yes, there are other Old English translations that read similar to it, but the KJV is by far the most popular and available just about anywhere.

Perhaps you’ve wondered why it seems to be so easy to remember famous verses out of the KJV? It’s because of its poetic nature, which makes it resonate in your mind more than the dry modern English versions of today.

However, the inspirational aspect of the KJV is also mistaken by the blowhards as divine inspiration instead of poetic inspiration. This makes for some interesting debates between normal people and the “King James only” crowd.

The KJV has been an inspiration to millions for over four centuries and counting. It is the only mass-produced English translation that is not copyrighted, which means a person like Tim LaHaye can take the KJV, slap a few of his God-forsaken prophecy notes to it, call it the Tim LaHaye Prophecy Study Bible, and not have to pay a dime to a publisher for rights to use the translation.

In fairness to old Tim, he’s now switched to the New King James Version in his Prophecy Study Bible only because he can afford it now after selling his KJV Bible for years and years at $45 a pop. Not to mention his Left Behind series novels.

In addition to the KJV, there are many modern English choices for daily Bible reading. The two I recommend are the New American Standard Bible (NASB) and the English Standard Version (ESV).

The NASB is renowned as being one of the most (if not the most) literal translations today. The NASB derives from the American Standard Version (ASV), which is reminiscent of the KJV with some exceptions. However, this does not mean that the NASB is anywhere close to the KJV in translation. Since its release in 1971, the NASB underwent one major revision in 1995 known as the NASB Update.

The ESV is one of the latest translations to hit the Christian bookstore shelves. The ESV derives from the Revised Standard Version (RSV), which in-turn derived from the ASV. The ESV is also one of the more accurate and easy-reading translations, and it’s what I read consistently. It has undergone two updates in the span of a decade with its most recent update being in 2011. This isn’t cause for too much concern as they were minor updates.