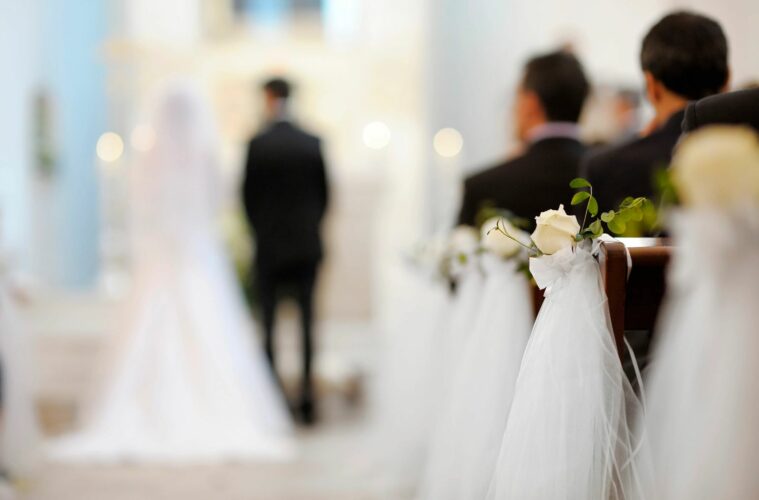 Maintaining a marriage and a family takes work and a lot of maintenance.

As in Nathaniel Hawthorne’s, The Scarlet Letter, we’re often tempted to put a “D” on divorced people as the townspeople did on Hester Prynne. We tell them God can’t use them, but we still love them. What kind of grace is that?

Half of all marriages fail. The divorced represent a significant proportion of the population. Various denominations—and people within those denominations—respond to the divorced and to the subject of divorce in different ways.

One thing we can all agree on is that divorce has devastating effects on all parties. Men suffer psychiatric problems, serious accidents, and poor health. Women get depressed and suffer impoverished economic situations. Children experience social, behavioral, emotional, and academic problems and often feel the divorce is their fault.

What does it take to make a Christian marriage, and what are God’s purposes in marriages?

Marriage Is A Divine Institution

To understand divorce, we must understand marriage. The first recorded marriage was between Adam and Eve. As Adam looked and named animals, there was no one like him. God put him in a deep sleep, took one of his ribs, and made a woman.

After seeing Eve, Adam said, “This is now bone of my bones and flesh of my flesh; she shall be called woman, for she was taken out of man.” And God said, “For this reason a man will leave his father and mother and be united to his wife, and they will become one flesh.”

Marriage is a divine institution established by God, not humanity. Most all weddings call attention to this fact when the minister says, “Dearly beloved, we are assembled here in the presence of God, to join this man and this woman in holy matrimony, which is instituted by God.”

Marriage is needed—unless an individual has the gift of singleness. It is natural for men and women to be attracted to one another. We grow up, fall in love, get married, and populate the earth, which was the instructions given to Adam and Eve.

God, however, designed the sexual union for after marriage. He designed it for pleasure and procreation.

But this divine institution is under fire. The divorce rate has skyrocketed. Many choose to live together. Sex outside of marriage is prevalent and beginning at earlier ages. Schools and health departments hand out forms of sexual protection.

Successful marriages result when we recognize them as divine institutions and obey God’s laws for the marriage. God must be a part of marriages and govern them.

Jesus said, “Haven’t you read, that at the beginning the Creator ‘made them male and female,’ and said, ‘For this reason a man will leave his father and mother and be united to his wife, and the two will become one flesh?’ So they are no longer two, but one. Therefore what God has joined together, let man not separate” (Matthew 19:4).

Marriage is not a sacrament, but God did establish it and must regulate it. It is more than a civil or social arrangement. As such, we should treat it as holy and sacred and never in a derogatory way.

Marriage Is A Union of Body, Soul, and Spirit

Since God established marriage, we should get our ideas about it from him because many books, articles, and people can give us erroneous ideas about it.

In the marriage, two people become one flesh. This doesn’t mean that either spouse loses their identity or personalities. Unity candles in weddings show this well. Two bodies are united in a sexual relationship.

Marriages based on attraction alone are doomed. Marriage is a union of soul with soul. This refers to our intellectual and emotional sides. The marriage partners should share common interests. Their vision for a future mate must match. There is also a union of spirit with spirit, which happens when two Christians marry.

Keith Miller in the The Taste of New Wine, said, “The soul of a marriage can be a trysting place where two people can come together quietly from the struggles of the world and feel safe, accepted, and loved…or it can be a battleground where two egos are locked in a lifelong struggle for supremacy, a battle which is for the most part invisible to the rest of the world.”

Marriage Is A Picture of Christ and the Church

God established marriage for a special purpose: to illustrate how he can join us to himself.

Paul wrote of this in Ephesians 5 when he said wives were to submit, husbands were to love, and both were to show mutual submission: “This is a profound mystery—but I am talking about Christ and the church.”

Marriages are examples of our relationship with Christ and can point others to Christ.