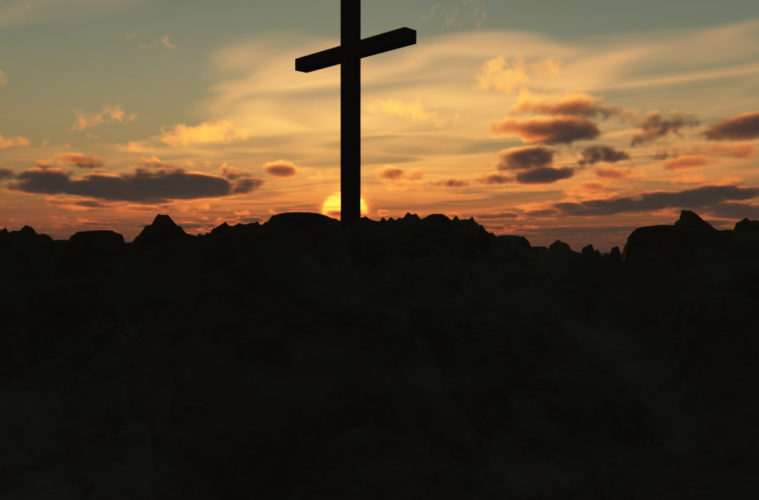 Grace and the Cross (A Study in Romans)

People look at the cross with different perspectives. For some, it’s ugly. For others, the cross is a thing of beauty.

The Cross is the Focal Point in Salvation History (vv. 25-26)

Salvation was not by one avenue before the cross and another thereafter. Salvation has always been by faith, whether before or after Jesus’ crucifixion. Those who lived before were made acceptable to God by faith—and it was faith in the cross even if they didn’t understand God’s plan or had even heard the name of Jesus. The promise of the cross was veiled in the Protoevangelium (Genesis 3:15).

Two examples are Noah and Abraham. Noah was declared righteous because of his faith, and his faith was proven by his resulting action of building an ark for rain that had never fallen before. Abraham is known as the father of the faithful and proved his faith by leaving his homeland and trusting God to guide him to his designated new home (Hebrews 11:8).

God’s fairness in salvation is just whether before or after the cross. But what exactly does Paul means when he says God didn’t punish those who sinned prior to the cross? The statement does not mean God didn’t punish temporally or even eternally. Scripture is filled with stories demonstrating how God punished those who ignored him, and we can be sure their eternal destiny was the place of eternal suffering. Remember God told Adam and Eve they would die if they ate fruit from the forbidden tree. When they disobeyed, they died immediately but not physically. Scholars debate whether they would have lived forever had they not eaten, but since they did God had to remove them so they could not eat of the tree of life and live forever in their sinful state.

Regardless of our conclusion concerning this matter, death did come—spiritually and eventually physically. God did not immediately wipe them from the face of the earth when they disobeyed, and this is what Paul has in mind by the statement. God could have immediately removed each human the moment they consciously chose to sin. He still could, but the cross has made a difference. God always saves on the basis of the cross. He simply had the ability to look ahead in time and see an accomplished act that had not yet transpired. God is not consigned to time, though he is free to enter it at any moment since he created it. Even Jesus is labeled the lamb slain before the foundation of the world (Revelation 13:8).

Good Deeds and Boasting are Both Eliminated as the Means of Salvation (vv. 27-28)

Paul also refutes the efficacy of salvation by good works in his epistle to the Ephesians (2:8-10). Salvation is by grace through faith. This eliminates any grounds for boasting. Based on his conclusions in the previous verses, Paul states we cannot boast of anything we have done that has resulted in God accepting us into his family. Our acquittal from sin’s consequences is based solely on faith and has nothing to do with good works or obeying God’s law.

Morris Shenker was the CEO of the famous Dunes Hotel and Casino in Las Vegas. In 1978, Dr. Dick Furman was on his way to Kenya with his family to volunteer his medical services. Having missed his original international connection in New York, he boarded a different flight putting him on the plane with Mr. Shenker.

Several hours into the flight, the silence of the night was interrupted by an announcement stating a doctor was needed in the first class section. It seems a man was having a heart attack. Dr. Furman stayed with Mr. Shenker, administering oxygen and nitroglycerine tablets until they could make the closest landing and get him to a hospital.

Following this incident, Mr. Shenker, who was not a believer, kept up with Dr. Furman. Mr. Shenker accepted Furman’s invitation to come to Vegas. Billy Graham was preaching a crusade and Shenker attended. Finally, the day came when Dr. Furman pointedly shared the gospel with the man whose life he had saved only to receive the following response: “I’m okay. I’ve given money to the revival (what he repeatedly called the crusade). I send food to the needy. I’m a good person. God won’t let me go to hell.”

Sadly, Shenker’s attitude is shared by many people. Most religions require followers to perform good works to find acceptance by a god or gods. Though Christianity teaches the opposite, there is still the tendency even among believers to think we need or can add something to our faith to impress God or place him under obligation to us.

A further question is why faith is the only way accepted by God. Since he is the creator and makes the rules, and since he designs the way of approach to him, we must accept what he says. Faith is the only way. Faith eliminates all boasting, placing total responsibility with God for our salvation. When boasting is eliminated, so is pride. Faith puts the spotlight on God as the originator and executioner of our salvation. It also acknowledges our inability to live up to God’s standards.

Paul’s conclusion about grace, law, and the cross once again addresses the prevalent misunderstanding between some Jewish and Gentile believers in Rome. If faith is the way, what does this do to Judaism as a way of life? Did it make their customs and the Scriptures null and void? And what about God’s special mission for them in the world? At the same time, the way of faith doesn’t cancel out our obligation to obey God’s moral law.

Understanding faith helps understand the Jewish religion better. It aids in understanding why Abraham was chosen and why the law was given later. What has happened under the New Covenant of grace through Christ helps us understand what God was doing under the Old Covenant. While the focus was on the Jewish people, Gentiles were always included in God’s plan, seen in the promise he made to Abraham that all people would be blessed through him (Genesis 12:3).

God’s grace ultimately led to the cross. Calvary is the divine vindication of God’s righteousness as to how sin must be treated. It also demonstrated God’s willingness to go to the uttermost limit to secure the removal of sin and save a lost world.