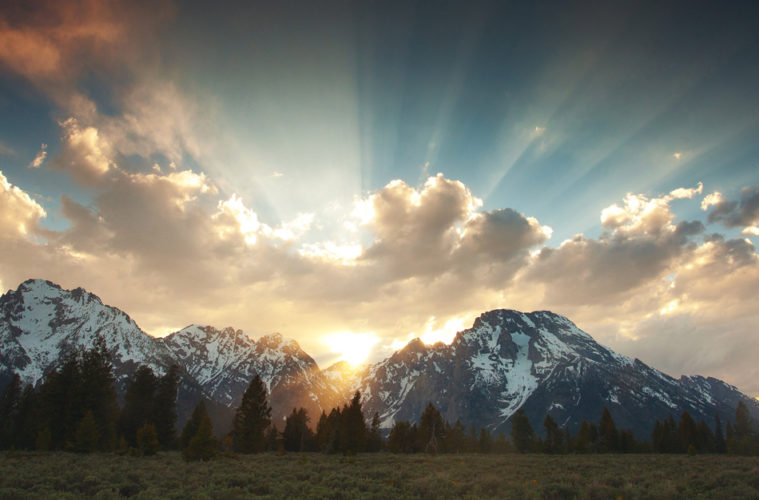 Grace and Heritage (A Study in Romans)

The Importance of Heritage (v. 11)

How often I’ve heard senior adults share how they no longer have family reunions or, if they do, how many from the younger generation no longer attend. Our family no longer enjoys family reunions on either my paternal or maternal side for this very reason. As the matriarchs and patriarchs of the family died, no one seemed interested in continuing the tradition.

Not appreciating our family heritage until we reach mid-life is common. For some reason, reaching this point normally brings with it an interest in where we came from and who our ancestors were. Unfortunately, by this time many of our relatives have died and questions that only they could answer cannot be now. Family history reminds us of our roots and helps us understand who we are and why.

Spiritual heritage is even more important than family legacy. Having addressed those who assumed having Abraham as their progenitor automatically made them acceptable to God, Paul now concludes that Abraham is the spiritual father of all who have faith in Christ. While we may not be in the actual Jewish line, this is not as important as membership in the spiritual line. The spiritual line determines our eternity while the physical line has no real bearing on anything. Abraham is the spiritual father of those who have been circumcised as well as those who haven’t undergone the rite. Circumcision without faith has no bearing on a person’s spiritual state.

Abraham was more than simply a historical figure. His existence was pivotal for he is the father of all who have faith in God. He was chosen to be the father of all who believe, whether or not they have been circumcised, and whether or not they are of the Jewish race. His example of faith, as well as when and how God accepted him, reminds us of some important truths.

In today’s age, Abraham’s faith is a reminder that we don’t have to start going to church before we can find salvation. His example also reminds us we don’t have to get religious to be saved. Nor do we have to be ritualized before God can save us. Circumcision can be compared with baptism. Just as the first has no saving power, neither does the second. As circumcision was a sign of belonging to the covenant community, so baptism is a sign of belonging to the church and more importantly to God.

Paul belabors the point of how God accepts us, but his journey is important for if we attempt an incorrect way we are in eternal trouble. Jesus says many will say to him on judgment day, “Lord, Lord,” only to be reminded he never knew them (Matthew 7:21-22). Those in Paul’s day were not the only ones who will be disillusioned and disappointed.

Until the end of time, believers should proclaim the true way to God and be firmly grounded in the foundation of what the Bible teaches concerning faith versus works. Paul concludes that God’s promise that Abraham’s descendants would be as numerous as the stars in the sky and the sand on the seashore had nothing to do with obedience to God’s law but had everything to do with faith.

His deduction also reminds us anyone can be an heir to the promise made to Abraham regardless of whether they belong to the Jewish race. God’s promise is not through the law but through the righteousness of faith in Christ. Believing in obedience to God’s law or one’s goodness as a means of God’s acceptance opens up another avenue to God than through Christ. Jesus made it clear he was the only way to the Father (John 14:6) and also reminded us there was a broad path many would follow to their own destruction (Matthew 7:14).  Placing merit in anything other than faith in Christ makes faith useless and also makes the promise made to Abraham meaningless.

Since righteousness from the law is only distributed to those who perfectly obey it, no one has a chance of coming to Christ in this manner. It also voids our being a recipient of the promise made to Abraham. The law brings punishment or God’s wrath on those who try to obey it and thereby try to come to God by that path. Trusting in the law also results in a legalistic view of God.

This distorted view of God has consequences. Among them, it results in viewing God as angry, demanding, vengeful, and hovering over us waiting for us to commit an infraction so he can punish us. Regarding God this way keeps one in a state of tension and wrapped up in knots. It is similar to a child who knows they will never please their parents but exhausts themselves trying. It also prevents the love relationship God desires with us and keeps us constantly wondering whether we have done enough to please him or whether we have committed a sin we aren’t aware of.

Living under this strain takes away our sense of meaning and purpose and prevents a feeling of fulfillment and completeness. It also builds a tense relationship with our heavenly Father. God has not given us a spirit of fear but of power and of love and of a sound mind (2 Timothy 1:7). Such a distorted view keeps our focus on the law rather than God. We miss the joy of the relationship which is what Christianity entails. Life becomes about rules rather than the relationship.

Perfect obedience to God’s law as a basis for his acceptance is an impossible feat. The only way to avoid the situation, according to Paul, is to have no law to break. There is a paradox in Paul’s argument. If there were no law, there would be no law to break. God gave the law because he had established certain rules and regulations he wanted humans to obey because they reflect his nature and because he has expectations of us. Having no law to break would mean not having to worry about transgressions of it, which would mean we are acceptable to God. This, however, is contrary to the Bible’s message. We are not acceptable in our state of rebellion. Therefore, there is a need for the law.

A further purpose for the law was to help us see our true nature, which includes a bent to stretch or break the law. This is perfectly evident in human nature. Make laws and people will attempt to break them. Establish guidelines and there will always be someone who wants to stretch the limits. Our children provide wonderful examples of this as do students at school. We enjoy fulfilling our desires, ambitions, and passions as we want without anyone instructing us otherwise.

While the law cannot save but only reveal our true nature, it does condemn as guilty those who break it. It can accuse but not deliver. It can and does point out sin but has no power to deliver from its consequences. Trying to gain God’s favor by obedience to the law leaves us hopeless and helpless. It only defines right and wrong.

While all people receive common grace from God simply by being his created child, believers enjoy saving and sustaining grace. Faith is the initiator of God’s grace. It flows because we acknowledge our sin and run to him for help. The Greek word for grace is charis and refers to that which brings pleasure, joy, and delight. More importantly, it references the merciful kindness of God by which he turns us to Christ. It is this same grace that keeps and strengthens us in our spiritual journey.

Grace puts God in the center of our life’s journey and salvation experience while taking all the glory and credit from us.  Faith makes God’s promise to us secure. We respond as God commands, and he keeps his word to accept us based on our response of faith. Faith also makes the promise that acceptance by God is available to all in the same way regardless of race or culture. The term “exclusive” only applies to God’s grace as it relates to those who reject his offer and terms. Grace is available to all. If it was only for those given the law, then many would be excluded (such as the heathen, handicapped, and mentally ill).

From a human standpoint, grace can mean several things. It can refer to a thing of beauty such as kind deeds or beautiful flowers. It may be anything of loveliness or a favor we extend a friend. After observing what God had done in Christ, early Christians added a deeper meaning. Grace became the kindness God shows his enemies. No other word so adequately describes the heart and mind of God than grace does. While we might do gracious acts for others, nothing we do compares to what God did for us. God’s grace is not earned, but is a free gift given to all who ask.