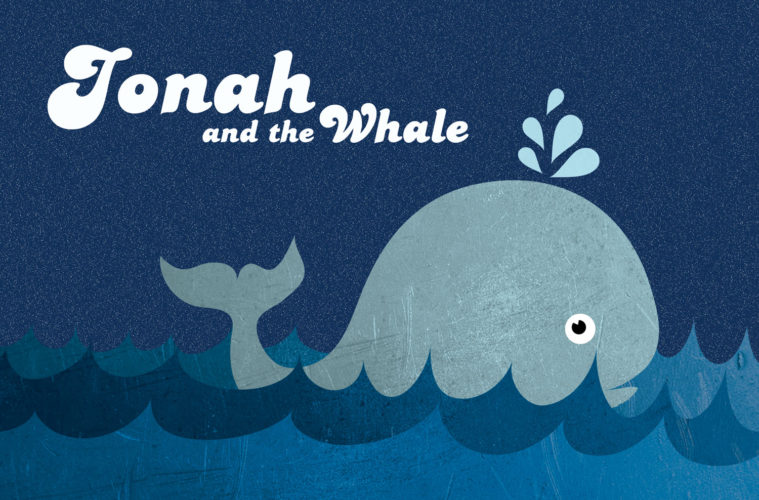 The Lord gave this message to Jonah… “Get up and go to the great city of Nineveh” (Jonah 1:1-2 NLT).

Objectives: To help children understand that obeying God is more important than obeying our own selfish wishes or even what others might want us to do.

Obeying God is important, but sometimes we don’t want to do what God asks. We may be afraid our friends will laugh at us or that others might harm us if we do what God wants. (This may be a good opportunity to remind the children about how missionaries are sometimes persecuted, imprisoned, and even murdered for doing what God wants them to do. Explain how God sometimes calls them to go to people who have never heard about Jesus and to some whose government may not want them to hear about Jesus.) Let children answer (or think about) the following questions:

One day God spoke to a man named Jonah and told him to go to a city called Ninevah. God loved the people who lived there, but they didn’t love him. They worshiped their gods and were very mean. God wanted them to ask forgiveness and begin following him, but they needed someone to tell them about God’s love. Jonah was the person God selected.

Jonah knew how bad the people of Ninevah were, and he wasn’t interested in going there. He may have been afraid they would harm or even kill him. So when God told him to go, he ran in the opposite direction. He found a ship going to Tarshish, bought a ticket, and planned to run as far away from God as he could. But we can’t outrun God or go someplace he isn’t. Jonah couldn’t hide from God just like Adam and Eve couldn’t after they sinned.

The sailors on the boat didn’t know Jonah was running from God, but they soon found out. Like our parents, God disciplines us when we disobey him, and Jonah was disobeying. Soon a powerful storm arose. The sailors feared for their lives. They began calling out to their gods to save them and also throwing cargo overboard to lighten the ship. Meanwhile, Jonah was asleep. The captain woke him up and asked how he could sleep at such a dangerous time as this. He said, “Pray to your God to save us.” But Jonah probably didn’t feel like praying. After all, he was running from God.

Finally, Jonah confessed that he was running from his God. That was the reason for this terrible storm. The sailors asked Jonah what they needed to do. He told them to throw him overboard, and the storm would stop. Of course, they didn’t want to toss Jonah into the sea. He would drown, and they didn’t want to be guilty of killing someone. They tried everything, but they knew if they didn’t do something, they would soon drown. Reluctantly, they decided to throw Jonah into the sea. When they did, the storm immediately stopped.

But God wasn’t going to let Jonah die. He arranged for a large fish to swallow Jonah. Jonah was in the fish’s belly three days and three nights. What do you think it must have been like to be in the belly of a big fish? What other things might have been in there with Jonah? Do you think Jonah could see? It was probably smelly, dark, and scary.

So Jonah did what we probably would have done. He told God he was sorry and asked him to rescue him. And God did. He caused the fish to vomit Jonah up on dry land. But then God told Jonah to do the same thing he had originally told him: go to Ninevah. This time he obeyed even though he still didn’t want to go. God had to teach Jonah to love all people regardless of whom they are.

When Jonah finally made it to Ninevah, he told the people to repent of their sins and follow the one true God. And they listened. From the king down to the lowliest servant, they began worshipping Jonah’s God. Since the Ninevites changed their ways, God didn’t destroy them or their city as he had planned. This made Jonah angry.

Even though Jonah eventually did what God told him, he did it with a bad attitude. He wasn’t glad the Ninevites turned to God. He wanted God to destroy them. He didn’t love others as God wanted him to.

Ask: What does this story teach about obeying God regardless of what he tells us to do? What does it teach us about loving other people?

Robert knows God does not like us to lie. Robert lies to his teacher about not doing his homework because he does not want to get into trouble for not doing it. (Three steps away)

Sarah knows God wants us to obey our parents. Even though she is upset, Sarah cleans up the toys in her room because her mom told her to do so. (Three steps back)

Johnny knows God wants us to pray before we eat to thank him for our food. Johnny does not want other kids to make fun of him, so he does not pray before he eats his lunch at school. (Three steps away)

Barbara knows God wants her to show his love by sharing. One day she gives up her turn on the swing even though she would really like to swing some more. (Three steps back)

Explain to the children that you never moved. Only they did the moving. God does not move away from us. When we run away from him, it is usually because we don’t want to obey what he has told us. He is always waiting to forgive us when we ask him.

Give children a blank sheet of paper and let them draw and color a Jonah and the big fish picture.