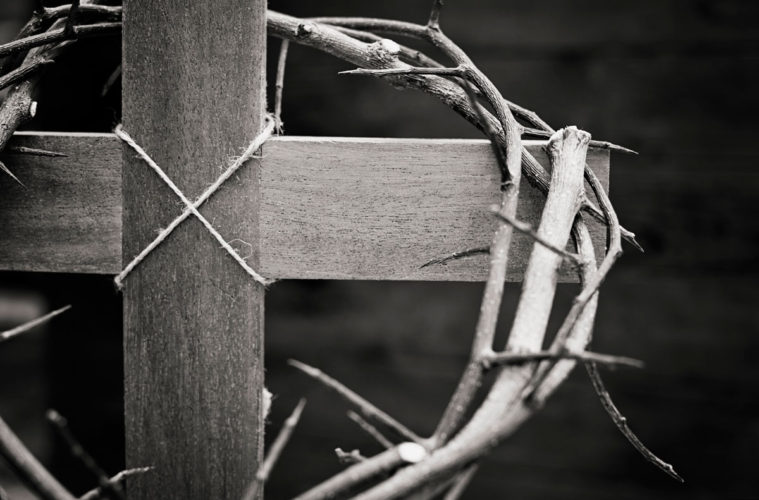 Empowered for Life and Death (A Study in Hebrews)

To empower means to make someone stronger and more confident, especially in controlling their life and claiming their rights.

While accountability is pertinent, God empowers us to act. He says all authority has been given to him, and he gives us the authority to act and serve in his name.

The way we make people stronger and more confident is through discipleship. We teach them what it means to be a follower of Christ, and we arm them with the things that will help them carry out the details of that service.

What are some ways Christ empowers us?

Christ Empowers Us to Lead

And it was only right that he should make Jesus, through his suffering, a perfect leader, fit to bring them into their salvation (Hebrews 2:10 NLT).

As he pondered whether to go to Ecuador or India, his family and friends suggested youth ministry in the States. But international missions was his call. On February 21, 1952, Jim Elliot and Pete Fleming arrived in Ecuador, began working with the Quechua Indians, and made plans to begin missionary work with the Huaorani.

Elliot and four other missionaries had made contact with the tribe from an airplane and felt good about visiting them. Before their arrival, however, another indigenous group of people lied to the Huaorani about the missionaries’ intentions. Huaorani warriors awaited them. When they arrived, they were murdered. An earlier journal entry by Elliot reveals the heart of a leader: “He is not fool who gives what he cannot keep to gain that which he cannot lose.”

Through the suffering Christ experienced during his short ministry and more so through what he endured on the cross, he was made a perfect leader. He identified with humanity’s experience, and by giving his sinless life on their behalf, he brought salvation.

When we’re expecting God to speak to our spirit, we’ll hear his voice and obey. Many thought Jim Elliot should have stayed in the States. He heard another voice telling him to serve internationally. Jesus heard Satan’s voice which told him to take a short cut to accomplish God’s will, but he listened to the higher voice who told him to go to the cross.

If we’re to lead effectively, we must be willing to sacrifice. Jim Elliott gave up a great deal—and eventually his life. Jesus did the same, and he taught that we must serve to be great in his kingdom. If I lead with pride instead of humility, I won’t be the leader he desires.

Vision is also necessary when leading. Jim Elliot’s was converting the Ecuadorian Indians to Christ. Jesus’ was saving humanity. Ours will be specific to us, our circumstances, and our time. When we ask, God will reveal it and give us the wisdom to lead others to see it as well.

Christ Empowers Us to Belong

So now Jesus and the ones he makes holy have the same Father. That is why Jesus is not ashamed to call them his brothers and sisters (Hebrews 2:11 NLT).

I have two brothers. One came nine years after my birth, and the other just short of two years later. Since I was nine when my first brother was born, I cared for him in limited ways that gave Mom and Dad a break. He and my younger brother were always good buddies since they were close in age. As they grew older, my middle brother and I became good friends and enjoyed common interests and activities. My younger brother and I share little in common except heritage. Nevertheless, they are my blood relatives, and this in itself molds a common bond between us.

Jesus had brothers and sisters. On one instance, his family sought him out thinking he had gone crazy. As they stood outside the house where he was teaching and requested to see him, Jesus told the crowd that anyone who followed him was his family.

Through the sacrifice of Christ, those who receive him are made holy—not in practice but positionally in the eyes of God. When God adopts us into his family, we become brothers and sisters of Christ and in Christ. We join the family and receive all of the family benefits—and challenges.

I remember occasions when my brothers fought with each other, tearing up Mom’s living room in the process. This went on until they were in their late teens. I thought they were acting stupid, but, then again, I probably did some dim-witted things along the way as well. Yet my brothers remained close. They hung together. After all, they were family. They shared common blood that ran through their veins.

All who have received Christ as Savior are also part of a large family. Our looks vary, we come from various cultures, we sometimes fight and act stupid, we might occasionally even betray each other, but we all share common blood and are on the same mission. The blood of Jesus, shed for the forgiveness of our sins, runs through our veins, and the call to share his love haunts our every move. We must love them all. After all, it’s a family thing.

Christ Empowers Us to Overcome Fear of Death

Only in this way could he set free all who have lived their lives as slaves to the fear of dying (Hebrews 2:15 NLT).

I was suddenly and unexplainably overcome with the fear of dying. It seemed odd that I should experience this, especially since I was only a pre-teen and statistically had sixty or seventy years ahead of me. This fear was also strange because I had no reason to fear. Dad preached often on heaven and hell. Those who accepted Christ would enjoy the first while those who rejected him would experience the second. I had done the first. Yet, I feared not waking up, having a heart attack, or being involved in a tragic accident. This sense of dread seemed to last forever—though in reality it was only a few weeks.

To identify with humans, Jesus took on flesh and blood. We experience death, so he decided to face it as well—but for a different reason. Taking our sins upon himself brought death for Jesus. Satan has the power of death, but when we trust in Christ Satan’s power is broken. No longer is it necessary for us to live with the dread of dying.

The ways we try to re-define death are numerous. We refer to the person as deceased or passed rather than dead. Instead of funerals, we attend homegoings or memorials. Regardless of what term we use for the person or the event itself, death is still death. Also fascinating are the ways we try to avoid it—or at least its timing. Lifts on various parts of our bodies, workouts, vitamins, wrinkle creams. The list is endless. Death still comes.

The only way we’ll escape death is if we’re alive when Jesus returns. Barring that, we’ll die. But in reality, we’ve already conquered death. Christ defeated death by rising again, and since we’re in Christ through faith we’ll do the same. We don’t have to fear death, try to prevent it, or cushion the reality of it with other names. Our hope and confidence are in the only One who can set us free from the fear of dying: Jesus Christ.