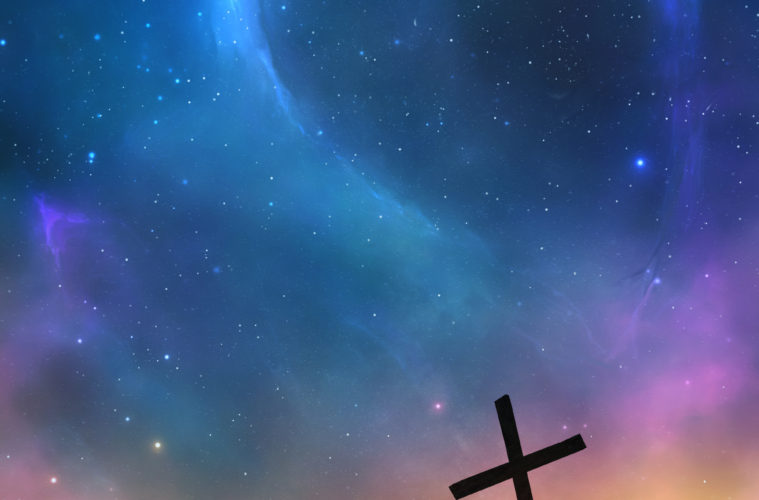 Why Can’t We Worship God in Our Own Way—And Still Be Saved By the Cross?

In this age of tolerance and openness, one of the questions we frequently hear is, Why can’t we all worship God in our own way?

The simple answer is, we can and we do. This is already happening. We claim to worship God, the gods, the god within us, or some such thing in a variety of ways of our own making.

But Jesus’ birth, death, and resurrection confirm for us that there is only one true God. He really does exist! He has a plan and purpose for us and has prescribed the way in which he wants us to worship and serve him.

We can’t please and honor the God of the Bible, for example, by engaging in temple prostitution, ruthlessly murdering those who disagree with our theology, feeding rats while allowing children to starve, or a host of other forms of callous human behavior done in the name of religion. Least of all can we please God by rejecting Jesus his Son, the one clear declaration of himself, and instead defining what we think he should be like.

Jesus tells us that God hates all forms of idolatry and wickedness, and it is by his holiness and purity he decides who enters his kingdom. What qualifies us to enter is his plan, his sovereign decree from the foundation of the world, to bring us from whatever far country of self-reliance and self-worship we dwell in and usher us into his presence by invitation. We enter the divine palace through the single doorway of his will and are escorted in by the worthiness and merits of Jesus.

So can people of all religions be saved by Jesus’ work on the cross?

A new idea appears to be gaining in popularity in many traditional religious circles, even among conservative, evangelical believers. It has the advantage of retaining the biblical insistence that Jesus is the only road to salvation, and also appears to relieve the stress and strain of leaving out of the kingdom great numbers of the world’s nice and kind people from other religions. As such it’s very attractive.

The view is that Jesus is the only way to God, but he also saves by means of other religions. His work on the cross is so powerful and all-encompassing that it extends to those of other faiths whether followers of those religions are aware of it or not.

To many who desire to be faithful to the historic Christian faith but who feel a natural compassion for all the peoples of the world, it appears on the surface to be the answer to our toughest questions about God. But is it?

There are at least two very big problems associated with this view:

To begin with, if we regard the Scriptures as any authority on such matters, then what in it suggests that Jesus saves through other faiths? There were at least as many different faiths in Jesus’ day as in ours, so it would have been normal to include these beliefs by at least some of the writers.

But there doesn’t appear to be a single hint of this anywhere in the Bible. We’re told repeatedly that outside a saving relationship with Jesus Christ there is no salvation for any person. This meant all the other religions, including that faith in which Jesus himself was raised.

Jesus instructed his disciples to go and make disciples of his in every village, city, and nation on earth. If his saving work could have been mysteriously implemented through the other religions of his day, he wouldn’t command anyone to declare his unique saving work to those of other faiths. Nor would he have led his disciples into the teeth of every form of savagery and death and through his ongoing presence in the church send out missionaries to dangerous places.

Life outside direct and overt faith in Jesus is referred to in the New Testament not as a lesser form or level of light, but as darkness (Jn. 3:19–20; 2 Cor. 4:6; Eph. 5:8). The language of light and darkness is also what is most frequently heard from those who come to Jesus from other faiths. We don’t usually hear from such converts that they moved from one light to another light and finally to the greatest light, but rather that they came out of the darkness into the only light.

If the theory were true that Jesus somehow extends his saving work into and through the religions of the world, then what would such a process of indirect salvation through Jesus look like? We can’t choose just a handful of select or favorite faiths and declare them to be force fields of salvation while denying the same to others.

If so, we’d be faced once again with the overwhelming intellectual, moral, and ethical dilemmas. In the end, it would mean that it really wouldn’t matter in the slightest how we treated other people, what we did, or what we thought, so long as everything was done in the name of our religion. Jesus would manage to save us no matter what. We’d even find ourselves affirming the salvation of those who openly repudiate Jesus and all that he stands for by doing everything in their power to block the open declaration of his name and to punish those who were attempting to do so.

Let’s face up to the hard realities of where this view ultimately leads us. It would mean that Caligula, Hitler, Goebbels, Stalin, the Grand Inquisitor, the crusaders, or the endless list of religious terrorists and cruel tyrants would also end up lavishly rewarded in Jesus’ eternal paradise. They would be there just because they were sincerely dedicated to their deeply held faiths and wholly given to the atrocities to which their beliefs led them.

So should all the kind and nice people of every faith end up in God’s presence no matter what they believe or do? This provides no real escape from our problems.

In fact, the difficulties mount up and become so great that innumerable subjective qualifications and exceptions need to be made in order to fit the facts into the theory. But by then there’s very little left. Sure, the idea sounds good. It feels good to say it. It appears to ease the discomfort created by the unique claims of Jesus. Yet it leads us into total moral chaos. We’re left only with a fuzzy “everythingism” with a shadowy and nondescript Jesus at the center